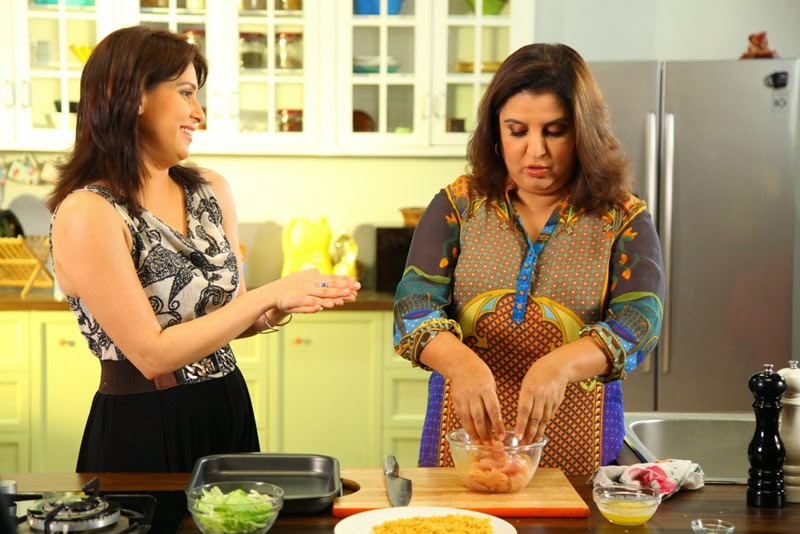 She is India’s ace choreographer, extremely successful film maker, wife and above all mother of three lovely angels! That’s Farah Khan, who not only loves films and film making, but is an indulgent foodie, who can sacrifice her diet when it comes to food!

As a special guest on FoodFood channel, Farah joins host Amrita Raichand to dish out yummy recipes in Mummy Ka Magic, that’s going to be a sure shot hit with Farah’s kids. In this episode on Friday, July 25th, 2.00pm, Farah is eager to learn nutritious non- vegetarian cuisine from Amrita for her kids! She also says if the dish is tempting and delicious she would then cook and share with friend SRK too!

While sharing with the viewers that her kids too share her love for food, her husband Shirish, she says, eats whatever she dishes out. Farah also believes cooking is stress buster. To know what is the special dish that’s cooking for Farah, watch Mummy Ka Magic, this Friday, 25th July at 2pm.Only on FoodFood.


Two working moms cook together, have a great time  … and share food and food stories with our viewers
Posted by Films & TV World at 2:55 PM