Entries for the 53rd. D&AD Professional Awards have opened with a number of new sub-category additions in response to the evolving creative landscape. New media continues to play a large role in shaping creativity and with such a diverse array of outstanding campaigns continuing to emerge in this space; D&AD has created a new jury and category for Branded Film Content & Entertainment. TV, film, online and documentaries will be recognised at next year’s awards, in addition to a sub-category for Tactical Branded Film Content & Entertainment. 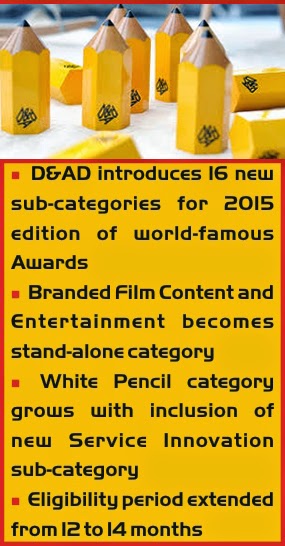 Meanwhile, the White Pencil – Creativity for Good award has proved a resounding success at the D&AD Professional Awards. Since its launch in partnership with Unilever in 2012, the White Pencil has grown from a single brief to an entire movement, whilst producing two Black Pencil winning campaigns in 2014.

With its popularity increasing with each year, the category has expanded from two to five sub- categories. With the ambition to encourage more entries from big businesses, the jury now distinguishes between work for NGOs and brands across both advertising & marketing communications and design. Service Innovation is also a new addition, introduced to recognise service products that seek to build brands and businesses by doing good.

Innovation was richly represented in 2014, with the three new categories introduced across digital and integrated juries producing two Black Pencils in  ‘NS/ProRail’ and  ‘The Most Powerful Arm’. To further celebrate those pushing the boundaries of technology, innovation sub-categories have been added to Packaging Design, Product Design and Radio Advertising. Innovation in media is also recognised through the revamped Integrated & Innovative Media jury. 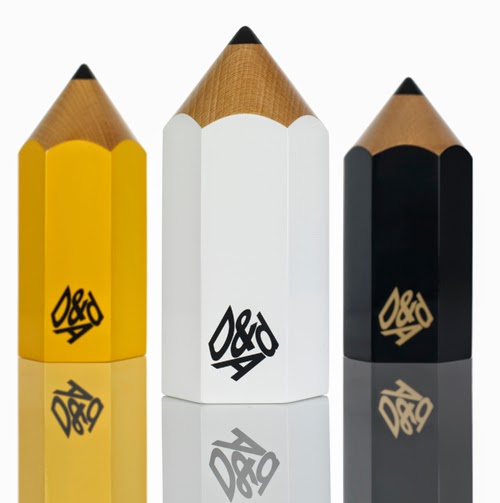 Lastly, following its successful re-addition at the 2014 Awards, there are two new sub-categories introduced within Music Videos. Direction and Production Design for Music Videos take the number of sub-categories available for entrants to seven.

Tim Lindsay, CEO of D&AD commented,  “There were two standout themes at last year’s awards: innovation and creativity for good.  Across the board we saw some exceptional demonstrations of the power of creativity to push boundaries through ideas that fundamentally change peoples’ behaviors for the better.


“In 2014, we saw White Pencil winners also awarded the ultimate accolade of a Black Pencil for the first time, but we don’t want to stop there. We want to see even more inspirational and innovative ideas that raise the bar even higher.  In fact, one challenge I’d like to set is to see White Pencil winning work from brands, as well as NGOs and charities. Show us just how influential creativity can be by proving how you can do well. While the first jury announcements will be made in September, full information on categories, pricing & dates can be found at http://www.dandad.org/en/professional-awards/.
Posted by Films & TV World at 9:03 PM