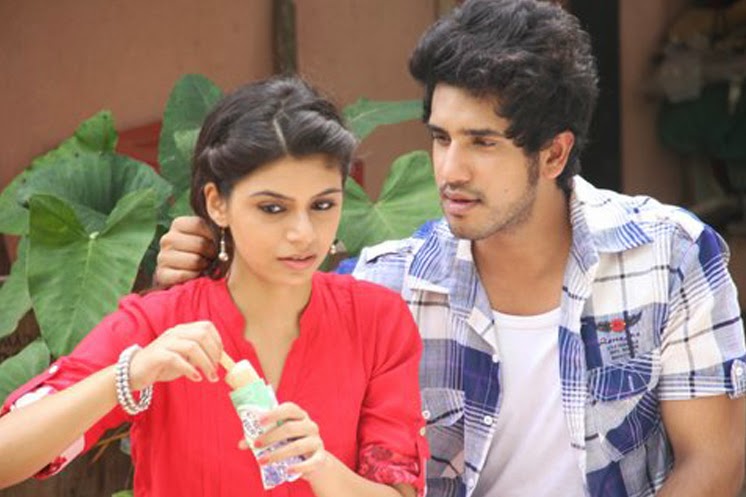 When in love, one selflessly thinks about the happiness of their better half, which makes them do things without thinking of the consequences. Shaan, a young Delhi boy supports his family by illegally selling exam papers. He comes across Ritu, a struggling intern in a news corporation, who is searching for a topic for her cover story. Ritu learns about Shaan’s illegal paper leaking business and decides to use this for her story. Soon she starts spending time with him, without letting him know about her true intentions. Ritu plans to get all the information from Shaan and decides to expose everyone involved in it, but little did they know what plans fate had for them. Falling in love was something they did not expect and Ritu finds herself stuck in the thorns of dilemma, as she has to choose between her work and love.

While talking about his character and the show Suyyash said “It was a great experience working with bindass’ team. Ever since I watched the promo of Yeh Hai Aashiqui, I wanted to be a part of the show as they always showcase some really great stories. I am portraying the character of Shaan, a typical Delhi ‘tapori’, who is good at heart but does illegal business for his living but, when he meets Ritu, his world changes for good. I always played grey characters, and since I got an opportunity to play a lover boy for the first time, it was really exciting.”


Along with Suyyash Rai and Bharti Kumar, popular television actor, Rithvik Dhanjani will be seen hosting the show, who will take the viewers through the entire story. Watch this beautiful love story unfold, on ‘Yeh Hai Aashiqui’, this Sunday 13th July, 2014, at 7pm only on bindass!
Posted by Films & TV World at 10:59 PM