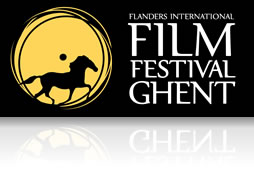 Undoubtedly age is all in the mind, seeing as the Ghent Film Festival, a few months from its 40th anniversary, looks younger and more innovative than ever. There is a fresh wind blowing through the festival’s organisation, inspiring new energy in every aspect of the event: a new house style has been developed with a brand new logo, a new website is under development and new accents are enriching the programme.

To give prominence to its 40th anniversary, the 2013 Ghent Film Festival will focus on American independent cinema, including a spectacular retrospective exhibition of the work of Martin Scorsese and a concert featuring the music from Scorsese's films. Guest of honour at the 13th WSA concert is four-time WSA 'Composer of the Year' winner Alexandre Desplat. This year’s WSA 'Lifetime Achievement Award' goes to the Italian composer Riz Ortolani.