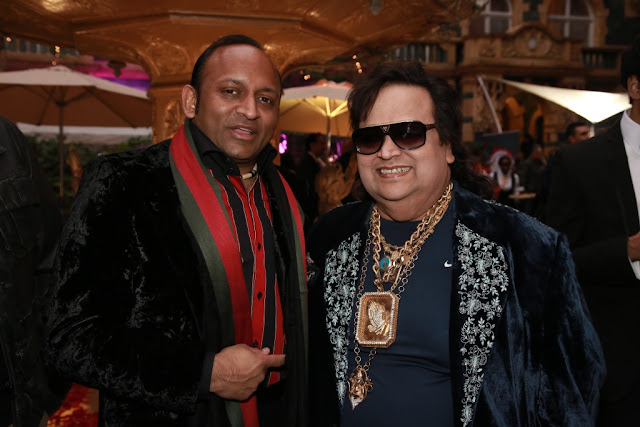 DVK, a high-growth boutique private equity and commodity trading company, continues its march into the exciting world of global entertainment as it teamed up with India’s primetime health, fitness and lifestyle English-language channel, NDTV Good Times for its UK launch. The glitzy bash took place at the uber-chic venue The Courtyard at 51 Buckingham Gate Hotel, on Thursday, 23rd May 2013.

The evening was hosted by the stylish Ambika Anand and the UK’s most prominent corporate heads, advertisers and celebrities were in attendance to celebrate the ‘Good Times’, including the CEO of Hero Honda, Mr Munjal, SBI Regional Head-UK Mr Mahapatra and Virgin Media Director of Content and Acquisition Emma Jones.

The event featured a surprise and impromptu performance by the King of Bollywood disco Bappi Lahiri and a LIVE cookery session with one of India’s leading chefs Manish Mehrotra who was also the winner of the ground-breaking reality series, Foodistan. The evening concluded with a scintillating flash mob dance performance. 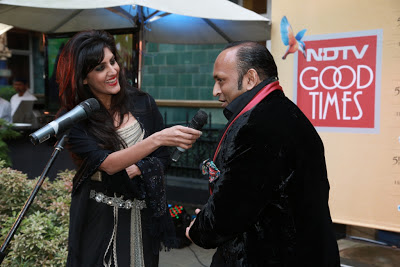 The multi-award winning entrepreneur and Founder of DVK, Deepak Kuntawala, described as a ‘financial alchemist’ for the creative wizardry and unique innovation that he applies to the remit of private equity investment and commodity trading, pledged his support for the newest addition to India’s premier TV network NDTV in the UK. A key sponsor of the event, Deepak participated in a Q&A to discuss the company’s forthcoming projects in partnership with the entertainment industry, which include the financing of two Hollywood movies with the producer of Rocky and Bill Charter and an upcoming collaboration with the Hollywood legend, Al Pacino.

He said: ‘This is a very exciting time for international entertainment, and DVK is thrilled to be a sponsor at this pivotal event launch. We have implemented a structured finance deal that encompasses the burgeoning entertainment market and with the set-up of our new film and entertainment fund, we are in the process of putting together financing strategies for Hollywood films. Partnering with NDTV Good Times was indeed a natural collaboration. These are certainly “good times” for DVK, NDTV and the entertainment industry.’

Deepak also spoke about DVK’s title sponsorship of the European premiere of An Evening with Pacino, taking place at the London Palladium on the 2nd of June 2013, through DVK’s film and entertainment fund, which will be governed by a leading international law firm Mishcon De Reya and structured by the world’s largest professional services firm Pricewaterhouse Coopers.

Deepak’s guest of honour at the event was the Vice President of Somaliland, H.E. Abdirahman Abdillahi Ismali, and Somaliland Minister of National Planning Dr. Saad Shire who addressed the esteemed guests, saying: ‘I am pleased and honoured to attend this event. I wish NDTV much success.’

The Vice President highlighted the vast investment opportunities that exist in Somaliland, and encouraged people to avail of these lucrative and interesting opportunities, particularly in the sectors of agriculture, tourism and infrastructure. This follows DVK’s launch of the $1bn USD DVK Africa Development Fund, which will deliver, manage and structure strategic Pan-Africa  investment opportunities, such as in Somalia, the newly created Somaliland, Kenya, and Malawi. This would be across Aviation, Global Commodities, PPP Infrastructure and Real Estate, including access to exclusive mandates.

NDTV Good Times was originally launched in the UK on the Virgin platform in December 2012 to a great reception. However, last night was a chance for the NDTV Good Times team to thank and celebrate with all their supporters in the UK

Smeeta Chakrabarti, CEO, NDTV Lifestyle said, “We are delighted to be launching the channel in partnership with DVK. This evening marks the start of a new journey for Good Times, in the UK. We are very proud to bring innovative lifestyle programming, which has found great success in India, to Indian audiences in the UK and excited about the good times ahead.”
Posted by Films & TV World at 11:32 AM