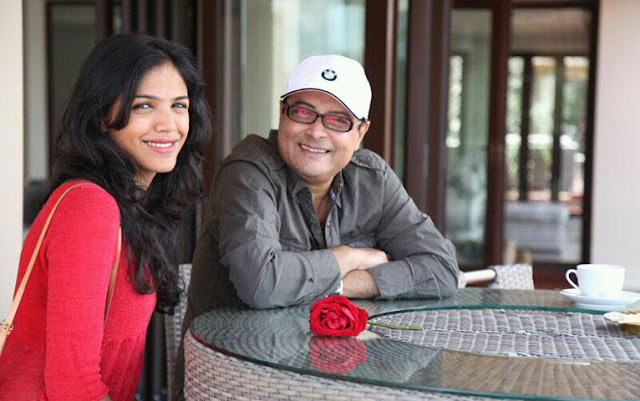 With actor Sachin Pilgaonkar completing 50 years of his illustrious film career on May 23, 2013, he offers a golden jubilee treat to his fans by showcasing the special virtual interactive premiere of his new film ‘Ekulti Ek’ starring his daughter, Shriya.  Sachin’s first film to have a virtual premiere will be shown to viewers in UFO digital theatres located in five different places in Maharashtra – Mumbai, Pune, Thane, Nashik and Aurangabad –at the same time. Producer-Director-Actor Sachin has taken the significant step of inviting the masses to a virtual premiere show of his new film ‘Ekulti Ek’.

Citylight in Mahim, Gold in Thane, Prabhat in Pune, Damodar in Nashik and Big Anjali in Aurangabad are the five theatres selected for the virtual premiere show, to be held 6.30 pm onwards, on 23 May.  The sale of tickets for this show will start from 20th May.  Based on the sensitive theme of father-daughter relationship, Ekulti Ek is an entertainer to be shown throughout the state from 24th May. 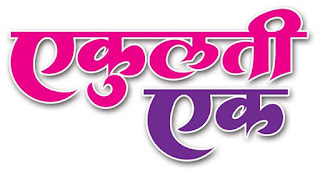 Film-goers sitting in UFO Digital theatres at all these five locations will be able to see and interact ‘live’ with Sachin, his daughter Shriya and the versatile Ashok Saraf, who will be seated at the UFO studio. Also, viewers at one location will be able to see and hear those at another, while they interact with Sachin, Shriya and Ashok. No Hindi film producer has so far attempted such an initiative, pioneered now as part of the Marathi film ‘Ekulti Ek’. And this happened on the day exactly 50 years after his first film ‘Ha Maza Marg Ekala’ was released in the state.

“A film is made for its viewers,” said Sachin Pilgaonkar, “but they are kept deprived from the premiere show. A film is first shown to people in the industry, who are no doubt important, but it is our fans who sustain us and our efforts. I therefore thought it important to show them the premiere. On the happy occasion of the golden jubilee of my career in the film industry, this virtual premiere is a small repayment of the debt I owe to my viewers.”

Mr. Ashish Malushte, Chief Financial Officer, UFO Moviez India, said, “ We at UFO Moviez are happy to provide our unique digital cinema technology to Sachin Pilgaonkar to support the virtual premiere of his new film ‘Ekulti Ek’, starring his daughter, across 5 different places.  Our technology shows the world that it is possible to unite film lovers in different locations of India with popular film personalities at the same time. We believe our satellite technology empowers the aam admi to connect with the stars. We are confident that Sachin’s new film ‘Ekulti Ek’ will break box office records and his daughter Shriya will make a very successful debut.”

Generally, premiere shows of a film are glittering, ultra glamorous events held in the presence of stars of the film world. For years, cine-goers have been very fond of premiere shows. To revel in the dazzling scenes from these shows shown on the TV and in the photographs published in the print media has been their favourite hobby.  In recognition of this fact, Vijay Anand had used the premiere of ‘Mother India’ in his film ‘Kala Bazaar’ and many had watched the film again and again just to see that premiere. And now, a Marathi director-actor-producer does the same in a true-to-life manner to set a new trend!

UFO Moviez, the world’s largest satellite delivered digital cinema network, has revolutionized the way films are distributed and exhibited throughout India.  Presently, UFO has a base of 3182 digital screens (including 124 3D screens), spread in over 1,300 cities in 28 states and 5 union territories of India. UFO has so far released 5,789 films in 30 languages and has conducted over 14.6 million shows till date.