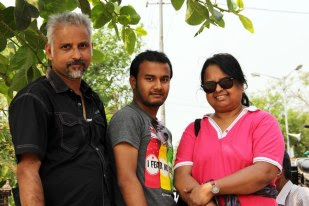 A Bollywood anthology film, Eon Films latest venture Kuch Alagsa also works on the same dynamics, weaving 5 short films into a feature film. However, unlike Bombay Talkies that only revolves around Mumbai, Kuch Alagsa is set in the four metros of India and the finale in the heart of India (MP). What is fascinating about the whole concept is that 5 directors from across India will be making five 22 minute short films, which is then intertwined to make a feature film. 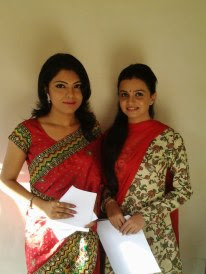 However, Kuch Alagsa is a tad different from Bombay Talkies and other anthology Indian films as 5 different directors will be directing each part, albeit all tied up in one story. “Yes! Kuch Alagsa is very unlike Bombay Talkies which has one story going on after another without continuity to the earlier or the latter. The scripting of KAS has been done as in a feature film format and in no way would the audience feel they are watching short films strung together,” said Mohan Das, CEO, Eon Films who is also directing one part of the film.

Recently the Kolkata part of the story of KAS was shot and completed in one start to finish schedule dealing with domestic violence. When we think of abuse or domestic violence, we don’t often hear or think about the husband being the victim. It’s usually the wife who is the reported sufferer. Of late, it’s coming out into the light that many husbands are victims of spousal abuse as well. Not as many as women, true, but it still happens. Our Kolkata part of the film revolves around the not much discussed topic of battered men or husband abuse. 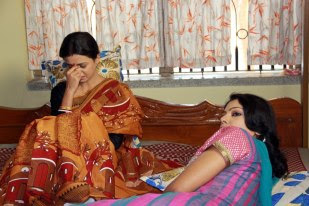 While it is true that most physical assaults caused by women tend to be less severe when compared to a man’s physical assault on a woman with his fist or a weapon, the abusive woman’s slaps, bites, kicks and/or pulling of her partner’s hair are nevertheless still very hurtful because, in addition to subjecting physical pain, they attack the man’s dignity and erode his sense of self-worth. Our hero Vilas played by newcomer Sanjay Mazumdar in this part of Kuch Alagsa goes through a similar trauma when his abusive wife Shanti played by Samiksha Bhatt attacks him on every given occasion.

Like most men even Vilas doesn’t complain about this abuse as husband abuse erodes dignity. When a man is a victim of his wife’s physical abuse he is both shamed by the assaults of his wife and also by society for not ‘controlling’ her better. They are considered ‘wimps’ for letting their wives beat them or for complaining about their wives’ attacks. With the prospect of being viewed as ‘wimps’ and/or having the assaults by their wives not believed, very few men report their abuse or discuss it openly. Same with Vilas, ‘Taking it like a man’ means don’t complain and don’t show you are vulnerable or in pain! Naturally, when his friend cum brother Ved played by Joy Sengupta asks him about his problems, he tries to be evasive. 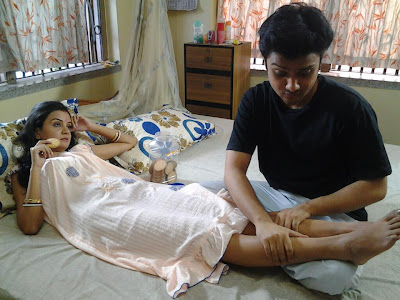 While our society has made positive strides to better protect women from their abusive husbands, unfortunately, we still have a long way to go in case of battered husbands. However, there is a strange twist to this tale as Ved brings a happy ending to Vilas’s marital problem of domestic violence and abuse. 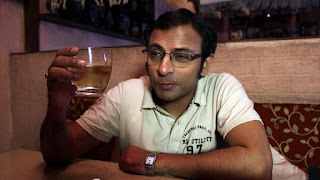 Produced by Eon Films and Legend Studio, the Kolkata part of KAS was shot at a mansion in Behala with Joy Sengupta, Samiksha Bhatt, Debasmita Banerjee, Amitabh Acharya and newcomer Sanjay Mazumdar as well as all over Kolkata - at the Kaafila at Salt Lake, Dum Dum, Howrah, along the Ganges, etc. “Joy is doing his second film with me. He earlier did Chhaya Juddho (War of Shadows) in Bengali that is due for release soon. But Samiksha and Debasmita were an absolute delight to work with. I am looking forward to casting them again in another project of mine,” quipped Sanghamitra Chaudhuri who directed the Kolkata part of the film.

With the Delhi and Kolkata part over and done, team KAS now moves to Mumbai to shoot the next story before moving onto Bangalore and finally in the heartland of India - in Bhopal (Madhya Pradesh). “To be released in multiplexes as a feature film, this experimental film from the stable of Eon Films is an attempt to break out of the stereotype mould. If it works, it would really give the indie short film makers a way forward,” signed off Mohan Das.
Posted by Films & TV World at 7:03 PM