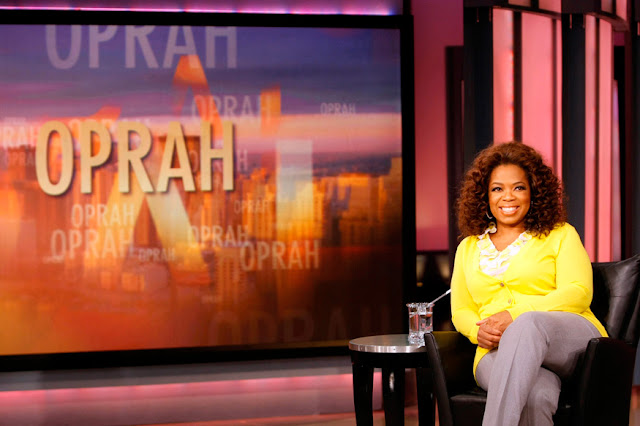 BIG CBS Love, India’s number one English GEC amongst urban Indian audiences, has lined up a special treat for its viewers this Summer - titled ‘Friday Evenings with Oprah’. The weekly special will include the best episodes from the Daytime Emmy Award winning programme – The Oprah Winfrey Show. The multiple award winning television personality and iconic philanthropist will once again be seen on Indian television with the best hand-picked weekly specials around the themes of relationships, weight loss and health, most shocking stories, celebrity specials and the Oprah spectacular finale, starting May 10th 2013 at 8 pm exclusively on BIG CBS Love.

The idea behind these specials is to club together theme based shows which are topical in nature each month. Ensuring they resonate with audiences, the shows touch on a wide variety of topics from relationships, intimacy, sex, why men cheat, how foolproof is your marriage and more. Also being shown will be some of The Oprah Winfrey Show's most shocking stories, including an abusive husband caught on tape, a 6 year old chained in a closet and tortured by his own family and the story of a 28 year old woman who has had 26 plastic surgeries.

The celebrity specials will see Richard Branson, Ricky Martin and others appear on the show, before Oprah's farewell spectacular, which will mark the close of ‘Friday Evenings with Oprah’.

Mr. Anand Chakravarthy, Business Head - BIG CBS Networks said, “It is a delight to bring back a personality like Oprah Winfrey to television screens. With this weekly special, we aim to provide our viewers with wholesome entertainment and touch upon universal themes which are sure to strike a chord with audiences. Oprah is an icon to millions and we are confident our viewers will appreciate our efforts to bring them the best of the most popular talk show. At the same time it is an exciting opportunity for marketers and advertisers to connect with their target audiences.”

This programming innovation reaches out to audiences in line with Reliance Broadcast Network’s consumer awareness campaign ‘Choose Your Set Top Box Wisely’, which has been designed to empower consumers with information on digitization, while also offering distribution partners an excellent opportunity to strengthen brand equity. The campaign will see an extensive multi-media marketing push with the help of RBNL’S marketing muscle and expertise and will be promoted across the platforms of television, radio, cinemas, digital, outdoor, on ground and road shows.
Posted by Films & TV World at 8:00 PM