A new star looms high on the horizon: Sandesh Gour 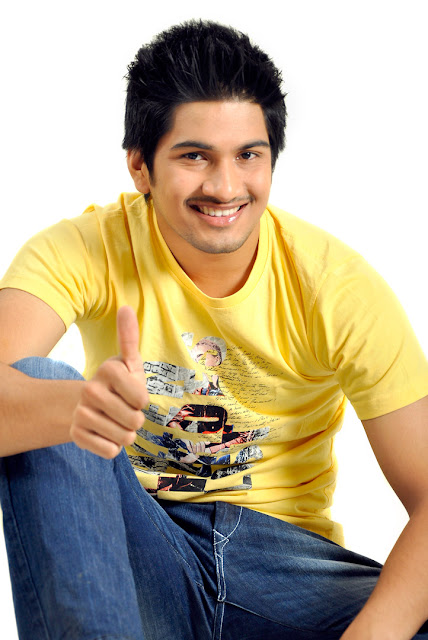 A year or so ago, people barely knew this young lad Sandesh Gour  from Nagpur who is seen in Sanjay Leela Bhasali's show "Saraswati Chandra" on Star Plus. Apart from one hunk of an actor Gautam Rode who is playing the lead, the second good looking guy in the serial is Sandesh who has been getting a lot of fan following - especially from the girls. From being a nobody to a celebrity, Sandesh is now enjoying his baby steps to stardom even as he is trying to come to terms with his new found star status. In the midst of overseeing the biggest difference in his life vis-à-vis the chaos, the fans, and the reception, he removed time from his hectic schedule to get candid with Films & TV World editor Siddharth Soham over a cup of coffee and cookies.

FTV: You have done a negative lead in a Chhattisgarhi film “Daai” as well a lead actor in a South movie. Tell us something about it.
Sandesh:  After completing my part in "Mann Ki Aawaz-Pratigya" on Star Plus. I went to Nagpur (my hometown) for a sabbatical. My friends informed me of an audition for a Chhattisgarhi film DAAI. Though, I was not keen but on my friends insistence I gave the auditions and was selected. The film went on to become one of the biggest hits in Chhattisgarhi cinema in recent times. Also, I  am highly nostalgic about it as it was my 1st movie experience. After that, I got a call from a South based production house for a movies' look test. You will be shocked to know that the film was in Telegu language. For a lark, I auditioned and got selected. Though it was very tough speaking that language, I enjoyed shooting for it.

FTV: It seems you are more into regional cinema than Hindi.
Sandesh: In fact even I was a bit wondering that instead of bollywood, here I was doing regional films. But, if you see the trend, quite a few of our super stars have worked down south before moving base to Hindi and Bollywood. Look at Anil Kapoor, Sonu Sood and others. I don’t regret doing language films. In fact, I am also open to doing Bengali, Marathi and other languages too. 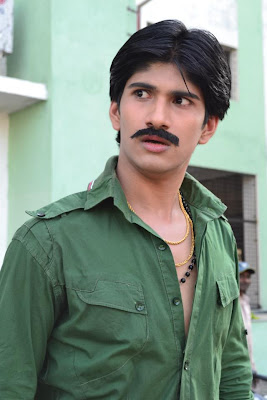 FTV: You are also seen on television in Saraswati Chandra at present and many other serials in the past. Sandesh: Yes! It’s all due to Lord Shiva’s (Bholenath) blessings. Actually my whole family is devout Shivaite bhakts. Last year my whole family including me went for lord’s darshan at Amarnath. My father harboured a dream to see me do a major role in a big TV show. He prayed to Lord Shiva and Shivji actually answered his prayers. I auditioned for Sanjay Leela Bhasali's show "Saraswati Chandra". I kept my fingers crossed and was not thinking of it at all. But one fine day I got a Call from Channel that I was selected for the show. You wouldn’t believe it - it happened on Maha Shivratri. When I got the news, there were tears in my eyes. I was on the top of the world that time. I immediately called my parents to give them this good news. Just told them that Bholenath accepted your prayers and I got a role in big show on Star Plus.

FTV: Films or Television. What do you prefer doing more?
Sandesh: Of course films, I love to do movies! But today both the mediums are inter-connected. Both have respected place in heart of audience. Both give Name, Fame & of course Money.

FTV: How is the experience of working in a film vis-à-vis that of a serial.
Sandesh: Films shape an actor and sketch his character well. Naturally, the actors get more time to prepare on the characters and give it an edge. But as serials don't have too much time, they expect the best from their actors and wish good craft in less time. Working for the last 3 years in both the mediums, I can say that now I am able to manage both of the mediums well. But be whatever the medium, I want to give the best to my fans and the audiences. But on a personal scale, the movie experience is always good.

FTV: Saraswati Chandra has suddenly placed you at the centre of a substantial stardom. How are you coping with the mobs, fans and stalkers?
Sandesh: Yes, It gave me little bit of fan following on FB, Twitter and the like. And I am not only getting some fan calls but even related to work. Thanks to my parents and Lord Shiva for giving me the platform and get me noticed in the glamour world. But this is just the tip of the iceberg. I want the industry and my fans to know me and my hard work through acting. That will be the perfect stardom for me. In short, I can only say that I’m simply in love with my acting. 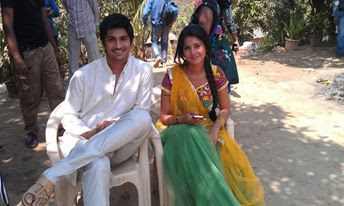 FTV: How different is a Sanjay Leela Bhansali production from others?

FTV:  These days experimentation plays a major role in a feature film. Are you ready to experiment?
Sandesh: Yes, I love to perform. Even I’m waiting to act something different which is very much diametrically different from my real life character. It always gives new experience and fame too.

FTV: After a deaf and mute Barfi, Ranbir Kapoor is ready to do a full monty. Would you dare experiment something bold and / or that drastic?
Sandesh: Why not! Being an Actor I would love to act different characters and play different roles without being stereo typed. But I would love to play roles like that of Amitabh Bachchan Sir & Shahrukh Khan.

FTV: It’s rumored that you are doing Eon Films next venture. Do throw some light on it.
Sandesh: Yes, I share a good rapport with Mohan Das Sir of Eon Films who believe in me and my talent. We are going to start work on a project soon. That’s all I can say for now. I am sorry, I am bound. I cannot talk anything now about my role or the character. But you will get to know soon.

FTV: Tell us a bit about your personal life. 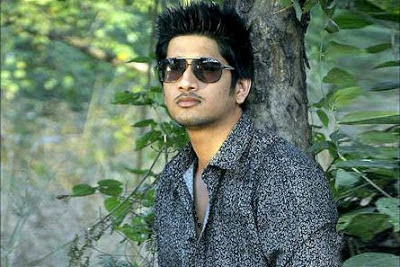 Sandesh: My real life character is like the character of Kareena Kapoor Khan in "Jab We Met”. Just like her, even I also live in my dream world always. I am chirpy, talkative and very bindaas. Coming to my family, my dad and my mom are very close to me. Whatever I'm today, it’s all because of them. My Dad is my idol and he supports me in whatever I want to do. This unconditional love of his always gives me the strength and confidence to perform well and excel. In fact, he even helped me get my diction right in Chhatisgarhi language as well as hone my acting skills for Daai. But like Ranbir Kapoor, I am a typical mumma's  Boy.

FTV: Who’s your favourite actor / actress? If you could meet anyone in the world dead or alive who would it be and what would you say to them?
Sandesh: Shri Amitabh Bachchan Sir and Anushka Sharma - I just like her so much. My wish is to meet only Anushka Ji... I wanna propose her (Laughs).

FTV: If you were stranded on a desert island, what three items would you take with you?
Sandesh: Water, Hanuman Chalisa and a Big Photo of Bholenathji.

FTV: I thought you would like to get stranded with Anushka Sharma. Anyways. Finally, what are your future plans?
Sandesh: To Work in Movies.
I wanna be an Actor like "Aamir Khan",
I wanna do my business like "Shahrukh Khan".
I wanna stardom like "Salman Khan".
I wanna be a one man show like "Amitabh Bachchan"