This event is organized by Desham and Asmania who have been trying its best to hold up the talents of Bengali writers who do not get opportunities to publish their writings, stories, poems, features, etc. Asmania always tried to touch the hearts of all, through the web media. Last year Asmania organized the Kolkata Web Utsav - a web fair that featured the upcoming need and importance of online portals and magazines in the society. Different web magazines throughout the city participated in it. Student’s documentaries, short animated films, photography and feature writing competition, tech quiz and seminars were also simultaneously held. It was most probably the first fair of its kind to be held in India. 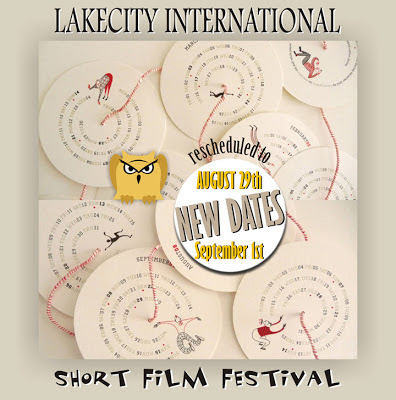 This year Asmania along with Desham is organizing Bengal Web Fair, a wider scope for the web world. More number of web magazines will be joining hands together this time. The event is going to take place at Eastern Zonal Cultural Centre (EZCC), Salt Lake on 8th June, 11 am onwards. Live Canvas Painting and Band Performances, Documentaries and Short Films screening, Photography competition, etc. will be held together. In the evening there will be special guest artist performances by Anjan Dutt  & Neel Dutt  and Parama Bandyopadhyay.

“Providing a forum and a place for promotion of LISFF in Kolkata, this tie up will provide the platform to promote LISFF in Kolkata - the cultural destination of India. Kolkata which has given us stalwarts like Satyajit Ray, Mrinal Sen, Tapan Sinha and the like in the field of cinema, is also a major hub of short film makers. It will indeed be a great experience to interact and invite the short film makers to Bhopal and LISFF,” says Mahua Mazumdar, Festival Co-ordinator.

Quoting on this tie up, Manas Banerjee from Bengal Web Fair says, “It’s a great honour for us to go for a strategic tie up with LISFF this year who will be using this platform to promote their festival here. We are going to use this set-up for exchange of ideas and information amongst the short film makers as well as help LISFF in gaining extra mileage through this tie-up. The best part however is that the winning entry at our festival gets a direct entry to LISFF as a wild card entry. This is going to be an extra bonus to our participants and winners as well.”

According to Ankit Tandon, Festival Programmer - LISSF 2013, “The LISFF 2013 to be held from August 29 to September 1st in Bhopal will be a happening ground to budding film makers who are attending the Bengal Web Fair and reach out to a wider audience. The festival has even received Oscar award winning film ‘Curfew’ by Shawn Christensen, Cannes entry films including Ria by Abhishek Talukdar, Mombatti by Puneet Prakash as well as short films that have Bollywood actors including Nawazuddin Siddique, Manjot Singh, Zeenat Aman and others.”


Open to filmmakers of all ages, films of all genres under 30 minutes in length are accepted as submissions at the LISFF festival. They include action movies, animations, fantasy, drama, science fiction, comedy, cartoons, documentaries and experimental movies. The festival is organized by Eon Films in conjunction with O.M. Filmz and co-ordinated by Aura Events.
Posted by Films & TV World at 12:12 PM