When Bad got good for Randeep Hooda! 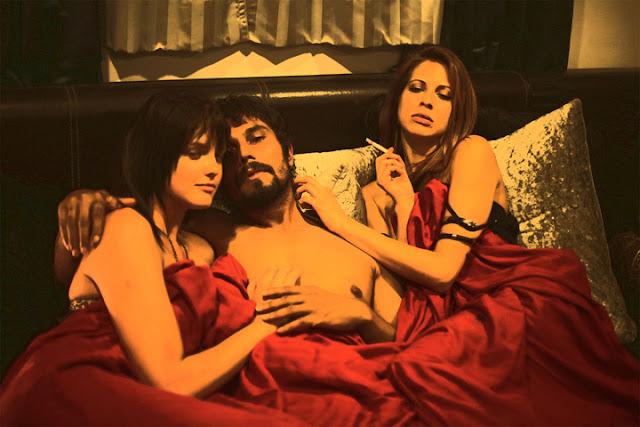 As the world celebrated 100 years of Indian cinema on May 3, Pooja Bhatt's next film BAD went on the floors with a mahurat. A pooja was conducted on Pooja's set for the first time in her career as a producer as a sequence of  Randeep Hooda lying in Bed with/flanked by two exotic women was shot by director Prawaal Raman.

Randeep plays a mesmerizing conman in the film who charms every woman he encounters effortlessly and to his advantage. BAD is produced by Pooja Bhatt's Fish Eye Network Pvt Ltd and Amit Kapoor's Cynozure Networkz.
Posted by Films & TV World at 7:33 PM