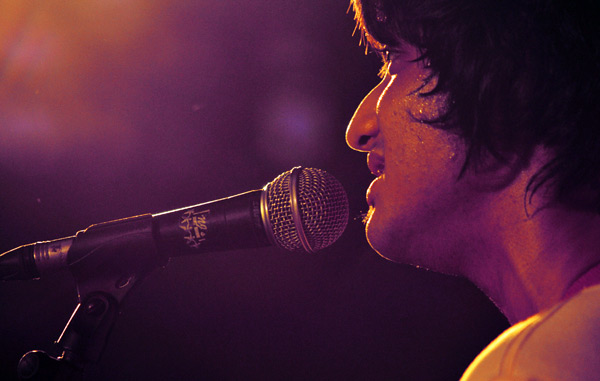 Veteran singer Sudesh Bhosle’s son Siddhant Bhosle along with his alt-rock band ‘Red Seems Right’ were shorlisted to perform for The Bandstand Revival Festival at Hanging Gardens. The 2013 edition of Bandstand Revival kicked off in Mumbai last month, with gigs at Dadar Chowpatty, HangingGardens and Horniman Circle Gardens. NH7 and Bandstand Revival were offering singer-songwriters and bands a chance to play the People's Choice Concert of the festival. Four bands and four singer-songwriters were shortlisted out of which two bands and two song writers were chosen as the winners of Bandstand Revival People’s Choice Contest. Over 18,000 votes poured into our polls, and the people have made their choice.
Posted by Films & TV World at 7:38 PM