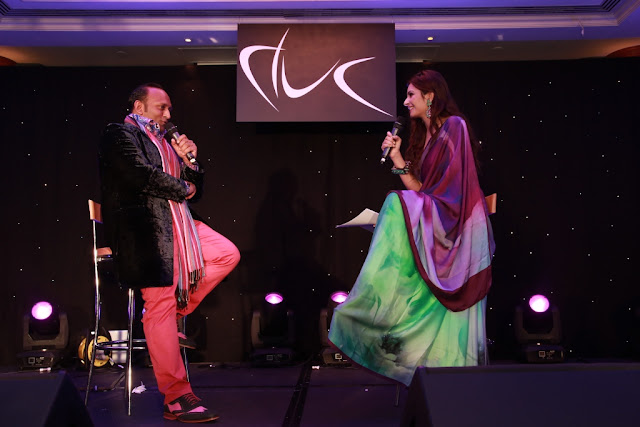 The event was attended by an elite guest list of 200 business stalwarts, entrepreneurs, VIPs, dignitaries and political leaders including Senior African Ministers. Hosting the evening was the UK’s first female TV personality of ethnic origin to host a mainstream sports show, Shonali Nagrani - of ITV4’s IPL (Indian Premier League) fame.  Supporting DVK at the event was an eclectic line-up of entertainment, including a sensational Motown-inspired performance by The London Community Gospel Choir, who have sung with the likes of Kylie Minogue, Mariah Carey and Eric Clapton; and an exciting rendition of traditional Somali songs by leading Somali singer Maryan Mursal and her band. The surprise entertainment of the night was a stellar performance by X-Factor 2012 sensation Jahméne Douglas.

The DVK Africa Development Fund will deliver, manage and structure strategic investment Pan-Africa opportunities, with the first phase of activity focusing on East African countries such as Malawi, Kenya and Somalia. This would be across Aviation, Global Commodities, PPP Infrastructure and Real Estate, including access to exclusive mandates.

Attendees had the opportunity to meet the DVK team and other leading entrepreneurs during the exclusive canapé reception. Once guests were assembled in The Ballroom, Deepak Kuntawala gave a detailed presentation outlining the exciting investment propositions in the East African emerging economies.

Deepak said: ‘I’d like to tell you a little about how the DVK Africa Development Fund came about. DVK was given a mandate 12 days ago to create an investment fund for Africa. We had just seven days in reality to put this whole operation together, from the conception of the fund, to its operational structure, to organising this event. What we have achieved with it so far is an absolute credit to the dedicated, hard-working and diligent team at DVK.

‘I have had a long and positive affiliation with Africa. I was born in Zambia. My Mother is from South Africa. I love to visit Africa, and always wished that one day I could go back and add value. DVK has launched several successful operations in the Middle East, the Far East and parts of Europe. But it is through my productive meeting with the Vice President of Kenya a while back that encouraged me to get involved with projects in the East Africa region, and this started the DVK journey into Africa. 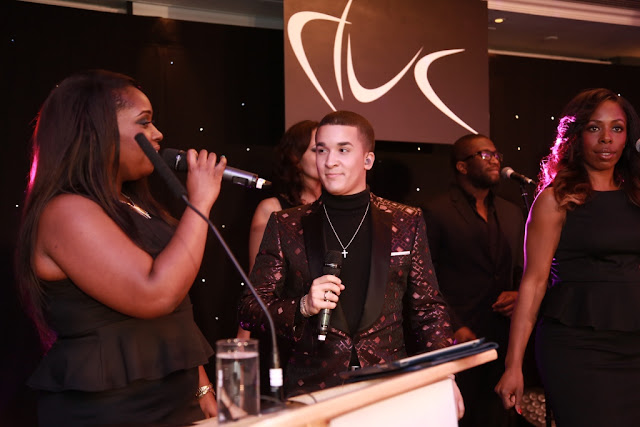 ‘The two funds DVK is setting up is: a one billion dollar fund to bring development and build a viable infrastructure in key African nations like Somalia, and a general fund for trading designed to include the diasporas interested in investing in East Africa. The first fund has already raised a third of its target, with Qatar and Canada as major investors. This fund is going to be regulated and Shariah compliant. International law firm Mishcon de Reya will be establishing it.’

Deepak continued: ‘Some 60% of the world’s uncultivated land is owned by Africa, providing opportunity for investment in agriculture. The continent has infrastructure needs of $80 billion, and over the last decade investment in the region has exceeded any aid taken. Oil reserves in West Africa alone exceed that of Kuwait, and at 110 billion barrels, are on par with Iraq. In addition, diamonds, cobalt, gold, uranium, copper, and iron ore are all areas in need of investment.

‘We have been very focused in our action plan on this, and have on board several strategic partners and external organisations. We already have the backing of Canadian and UAE organisations.

‘DVK has the knowledge and expertise on Africa, and also a presence in Africa, to be able to take on and make this venture successful. We very much look forward to the exciting times ahead.’

Other keynote addresses came from advisors of the fund such as Mr Adam Yusuf, who spoke about his personal connection to East Africa, having been born in Kenya to Somali parents. He also spoke about the vast potential within Africa, and how it was time for the African Diaspora to develop further their enterprising talents and head change in this ‘beautiful, large continent’.

Mohamed Al-Kateeb, from The Real-Co, gave a personal business perspective, emphasising the huge commodity trading potential in East Africa. He spoke about his company’s ethical and sustainable trading practices, whereby, they have a single dedicated origin of supply, ensuring that they negotiate a fair price directly with farmers for the highest quality produce. The Real-Co currently supplies rice, sugar, water and coffee.

There then followed an in conversation with the Founder of DVK himself, Deepak Kuntawala, moderated by Shonali Nagrani, who gave the audience an insight into how, from humble beginnings, the visionary leader has expanded DVK into a global enterprise.

Highlights from Deepak’s Q&A session, included him talking about his rise from managing a small, thriving family business in Croydon, UK, to the global brand DVK, which has a presence in 14 countries. He also spoke about his unique ethos of ‘vision, belief and faith’. He went on to explain about DVK’s approach to leveraging finance and making ‘capital work harder for you’. Deepak spoke about the passion that drives him on, and of how money is not the motivating factor, but instead it’s the desire to develop and mould ‘creative finance solutions’.

In a somber moment, Deepak described in detail for the first time in public what happened in Mumbai in 2008 when he and his father were caught up in the terrorist attacks and managed to escape.

Deepak concluded by thanking his brilliant, hard-working team at DVK, and said that he is inspired by the Tata model of business, which is far ahead of its time. ‘If one doesn’t have a vision, then there are going to be obstacles, have a vision, and make it happen’.
Posted by Films & TV World at 7:56 PM