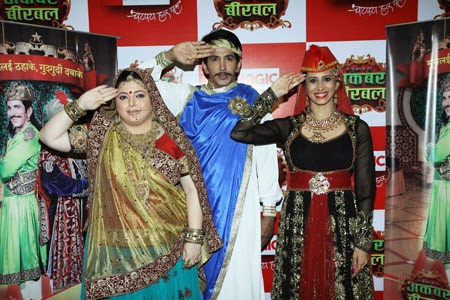 We are all born free. Today more than ever before, this is true. Maybe that is why we have begun taking our freedom for granted.  Taking from this thought, Emperor Akbar and his witty aide Birbal decide to take on the task of creating awareness and showcasing the importance of ‘Freedom’. For the first time on television, viewers will see their favorite duo donning new avatars on India’s one stop destination for Humor - Big Magic’s Har Mushkil Ka Hal Akbar Birbal on Thursday and Friday 14th and 15th August, at 9pm!

Featuring some of the best in comedy and television entertainment, Har Mushkil Ka Hal – Akbar Birbal is a fresh, comic take on the much-loved childhood folktales. The first in the genre of Historical Comedy, Akbar Birbal has captured the audience’s imagination with its delightful storyline and stellar cast featuring Kiku Sharda, Delnaz Irani, Vishal Kotian and Kishwar Merchant.  Aired on BIG MAGIC at 9pm, the show has received a lot of adulation from fans and critics alike. Over social media, there has been an outpouring of praise for the well-crafted script, the actors’ quick comic timing and their unique chemistry.