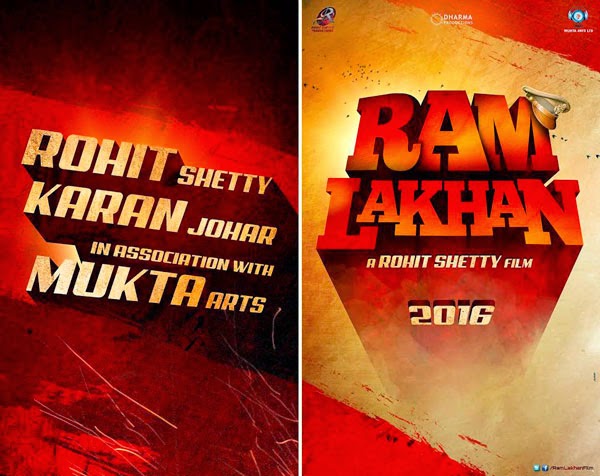 The classic blockbuster tale about two brothers, Ram and Lakhan - a la Deewar style, 'Ram Lakhan' by Subhash Ghai was a major hit in 1989. Now this much loved film is being remade all over again by Karan Johar and he has roped in Rohit Shetty to direct it. Recently the posters were unveiled and will have one of the highlight movies of 2016.

But the biggest question that arises is : Who will play Ram and Lakhan? Going by the chemistry of two male leads that could hold fort in a movie, only two options come to mind.  It could be either Karan’s ‘Student Of the Year’ favourites - Varun Dhawan and Sidharth Malhotra or maybe the Gunday’s Ranveer Singh and Arjun Kapoor. However, they could as well try with the respective sons of the original cast - Tiger Shroff & Harshvardhan Kapoor. That could as well be a casting coup.

The original ‘Ram Lakhan’ that was a Mukta Arts venture was a multi-starrer with Anil Kapoor, Jackie Shroff, Madhuri Dixit, Dimple Kapadia and Rakhee. However, the remake will be co-produced by Subhash Ghai’s Mukta Arts.
Posted by Films & TV World at 12:46 PM