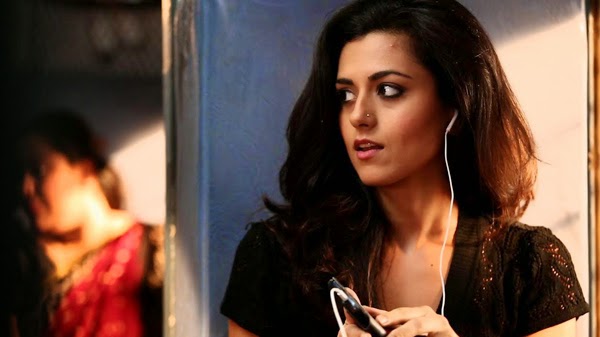 Ridhi Dogra, who is appreciated for her strong on screen presence with roles in Maryada: Lekin Kab Tak? and Laagi Tujhse Lagan will be seen in the upcoming episode of  bindass’ much hit show, Yeh Hai Aashiqui. Last seen in Savitri, the actress will make come back on small screen almost after a yearlong sabbatical.

Commenting on the experience of being part of bindass’ hit show the actress says, “I love the concept of the show Yeh Hai Aashiqui as it showcases real life love stories in a unique and beautiful manner. I enjoyed working with such a passionate team and strongly believe that bindass is trying to bring something new to the Indian television that I totally support and encourage.” The actress also recalled, her experience of romancing good friend Gaurav Bajaj on screen, Ridhi stating, “It was an amusing experience to romance Gaurav on screen. Initially I thought it would be difficult, but I was pleasantly surprised that once the camera started rolling we were totally into our characters. Shooting on the train was something I enjoyed as I recalled all the fond memories that I had while shooting for the show Maryada: Lekin Kab Tak?”

In the upcoming episode of Yeh Hai Aashiqui, Ridhi will portray the role of a damsel in distress, Mili, who is running away and hiding from her brother –in- law and is saved by Rishi, a rather suppressed and passive guy who is controlled by his father. Together, the two end up breaking free from their past for a new beginning together. Gaurav Bajaj will be seen as the male protagonist in this heartfelt love story which will be hosted by popular TV actor Rithvik Dhanjani.