Love brings out the best in you! Yeh Hai Aashiqui narrates a heartfelt love story of a boy who changes for love 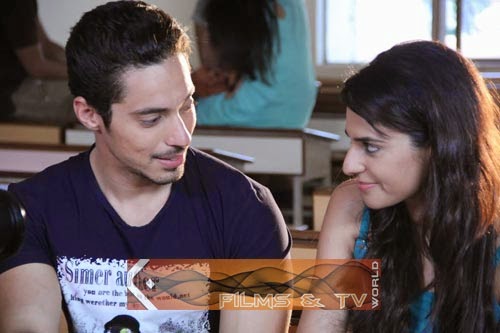 Heart sees what is invisible to the eyes. True love is not about finding a perfect person, but by learning to see and love imperfections in the person. The upcoming episode of Yeh Hai Aashiqui will unveil the story of Yuvraj, a rude and arrogant lad who is seen changing for love.

Yuvraj, a college bully tries to harass Naina, a fresher and unintentionally gets her hand fractured. Yuvraj presumes that Naina would file a complaint against him, but is surprised to learn of no such action from her side .He feels guilty for his act and makes various attempts to apologize to her, which only brings them closer and love blossoms between the two. But as it’s said, love is not a bed of roses but a bunch of thorns and time will test their love.

Television Actor Mayank Kalra who gained fame from his character ‘Meghnath’ in Mahadev will be seen as the protagonist on the show. While talking about Yeh Hai Aashiqui and his character Mayank said, “It feels great to be part of bindass and an exceptional show like Yeh Hai Aashiqui. I am a regular follower of the show and always wanted to be a part of it. I am portraying the character of Yuvraj, a very arrogant boy and son of the college trustee who rags everyone. But when he meets Naina, it changes him forever. I enjoyed playing the character as I got the liberty to essay both negative and positive shades of a character in the same episode.”

The versatile actorwill be seen romancing Neelam Sivia which will be hosted by popular television actor Rithvik Dhanjani, who will take the viewers through the entire story. Watch this amazing love story unfold on ‘Yeh Hai Aashiqui’, this Sunday, 3rdAugust, 2014, at 7pm only on bindass!
Posted by Films & TV World at 4:35 PM