Independence is a state of mind, says mostly.. 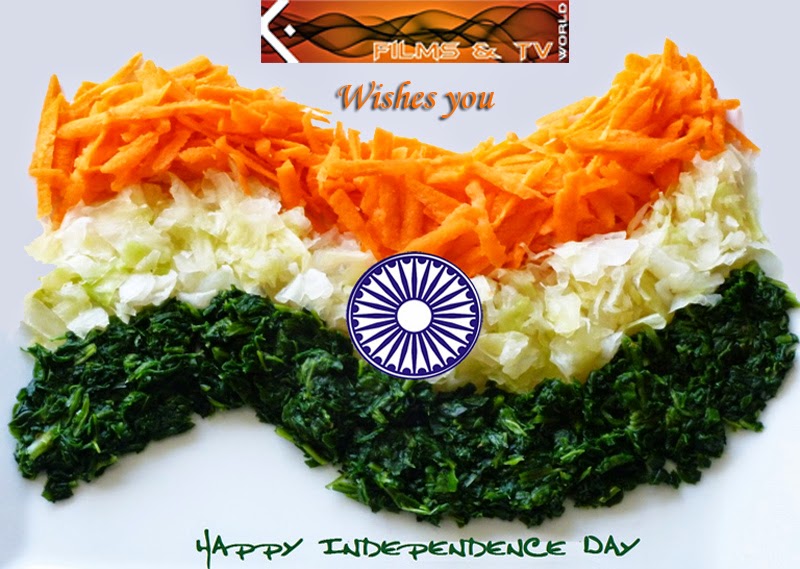 Like Richelle, even we at Films & TV World feel that Independence is a celebration of the soul. Just as Jonathan Lockwood Huie says: “Independence of nation begins with independence of self” we asked some of our readers and friends from the industry on their views on being Independent and what their expectations are on Independence day eve.

Nishant Malkani
Actor
I wish the readers a very Happy Independence Day along with a request. Don’t feel patriotic during the week leading to August 15th. Feel the need to be a good citizen throughout. The first and foremost step to being a good citizen is to protect and respect the women of our country. Be a man. Step up and take a stand against discrimination against women. Remember always - you are in this world because of a woman.

Ruchika Das
Fashion Blogger
Actually we are Independent but as a woman I don't feel I'm independent in India. All the tortures we hear going on around our country on women scare us of going out and living free. If we are truly independent, then why do women in our society have to feel this fear all the time? I want to change the mindset of our male citizens to treat us equally and to respect us as human being and also request our government to create necessary laws for safety of women in our country.

Abhilash Panwar
Model & Actor
Yes! It’s a time for change. Just by celebrating and putting a flag as status will not change things. Independent people look at what's worked, learn from what hasn't, set new priorities, usher in a change and then set to achieve what's needed to be done. Just by bringing in a new government at the centre and hoping and expecting everything to change is not going to help. The real change has to come from within - when we stop accepting things as they are and put in out efforts to change it. Change will only come when price hike and inflation in the country is effectively curbed and development and growth is major on the agenda of our ruling parties. Only then we can say we are really independent of these issues. Jai Hind!

Award Winning Actress
While women were always treated with respect in ancient India, the same cannot be said in today’s times. The males may go around worshiping a thousand goddesses, but their behaviour towards women and girls is patently utterly despicable. They always expect women to take care of their home and family. And this hasn't changed, even after years of British rule, and 68 years of independence. Mothers still teach their kids that girls are the ones to look after the family, and the boys have to look after their sisters and wife. That good girls don't go out at night or party, don't move freely with men, don't drink and so forth. When are we going to get rid of this social system that thinks this way? The day it changes, the day women get that equal status to men, will be the day when we women can call ourselves really Independent.

Ankush V Salgotraa
TV & Film Actor
Some people seem to take pride in never taking a stand or making a hard choice. They think of themselves as being mellow and tolerant. "Live and let live" is their attitude. Being tolerant and non-judgmental can be good traits, which preserves the right for all to choose for themselves. But we do need to raise our voices when women are oppressed, disrespected or abused. Just being a silent spectator at such times will give to Nirbhaya like situations. And we need to avert that. Also, just because we as actors in many films portray intimacy before marriage as perfectly acceptable, doesn’t mean it is. Same way, a girl’s sense of wearing shouldn’t mean it’s an invitation.  We need to assure women the freedom to breathe free, live free and only on such prevailing wisdom will our character be developed and refined on what’s morally right.

Pooja Dutta
BMS Student
Let me quote Hamilton Fish: "If our country is worth dying for in time of war, let us resolve that it is truly worth living for in time of peace." Throughout our history, we have continued as a nation to fight for our rights. We ushered in a new government expecting the same. Hope it lives unto its promise and not just gets carried away by celebrating Independence Day rallies and world tours.

Hrishie Raj
Actor - Tripura
One flag, One land, One heart, One hand, One Nation evermore! Yes, even we at the remote corner of the country - the North East - are part of the same country - India - and its culture. Don’t alienate us. And I hope the movie Mary Kom will be able to bridge the ever widening gap by bringing it closer to fellow Indians and the world. Jai Hind.

Mohan Das
Award Winning Director
I want to quote Netaji Subhash Chandra Bose on this occasion. "One individual may die for an idea; but that idea will, after his death, incarnate itself in a thousand lives. That is how the wheel of evolution moves on and the ideas and dreams of one nation are bequeathed to the next." We all brought in a change at the centre and expect that this idea of a developed nation free from the clutches of corruption is what we will get to see at the end of five years. Only then we can say, we have been truly liberated and independent in this nation.

Pranshu Kulshreshtha
BBM Student
Let’s celebrate Independence Day in the real sense. Let’s just not be a nation that celebrates its Independence Day with a parade of guns, tanks, and soldiers in a show of strength and muscle; but by really turning it a corruption free nation.

Sourav Bhattacharya
Airport ground staff
We embrace what is best in our country. Every day we are a testament to resilience and the “frontier spirit”. But there's no reason to lose sight of all that we have to be proud of in our country. We've evolved from a corrupt government and that's the biggest lesson we should celebrate this Independence Day.

Rahul Bharadwaj
B-Tech Student
As Franklin D. Roosevelt had said, “In the truest sense, freedom cannot be bestowed; it must be achieved.” The present day government has achieved the powers in a major victory swoop. Its a landmark victory for the party, but we as Indian citizens are all looking towards them to undertake developmental changes as well rid the country of corruption, inflation and move rapidly towards development. We also expect development and reforms in energy sector that will lead the country towards more sustainable development and growth. Only then can we really be liberated in the truest sense.

Even we at Films & TV World believe that we are all equal citizens of one country. We live in a dynamic country with the capacity for adaptation that gives us confidence that we can meet the historic challenges. And we can do that by embracing other cultures, not by acting superior to them. This Independence day, let’s stop being judgmental about others, stop ethnicity and racism. Let us be one Happy Nation.
Happy Independence Day! Jai Hind!!
Posted by Films & TV World at 6:00 PM