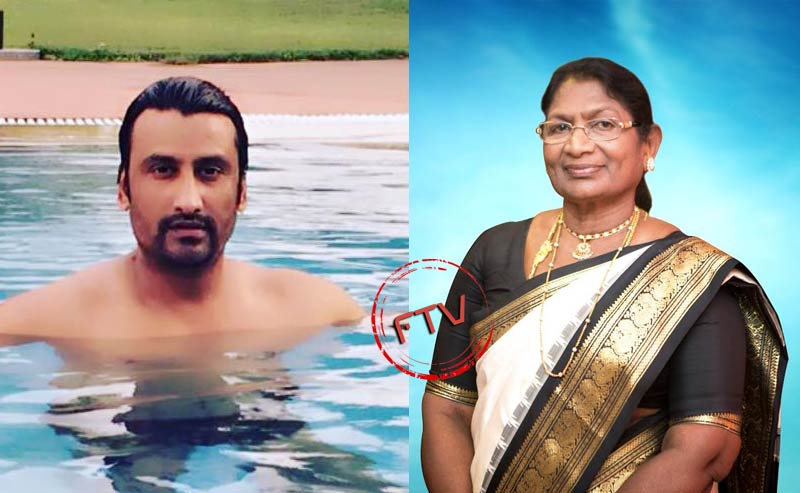 Co-founder of “Gnanam foundation”Mrs. Gnanambikai Allirajah has been selected as the first South Asian, Sri Lankan born woman winner of “the Global Woman Award” in the 4th Global Officials of Dignity Awards’ global woman of 3rd WCH (We Care for Humanity) humanitarian award which will be held in United Nation Headquarters in New York for her service of supporting to the orphans and abandoned individuals. In earlier chapters the award has been won by Hon. Lily Lisaas the first award winner for her passion to help humanity. Her imperial Majesty Empress Shebaj Kasambu RA iii and Ms. Her Excellence Nam Hee won the noble woman award respectively.

Her Highness Princess Maria Amor D.D. is the Founder and President of the We Care for Humanity (WCH), she is the Creator and Chairwoman of the Global Officials of Dignity (G.O.D.) Honors award. Her affiliations with exceedingly perceived associations, dignitaries, royals, nobles and heads of states attributed her as a prepared negotiator and an Ambassador of Goodwill around the world. Princess Maria Amor is a visionary and has led numerous philanthropic ventures in the Philippines, Indonesia, Nigeria, Malta, USA and as yet tallying. Known as the "travelling Princess" in her own TV show with the point of finding the best philanthropic people of the world, Her Highness Princess Maria Amor is set to have a worldwide effect by bringing attention to compassion universally through her platforms the Global Officials of Dignity (G.O.D.) awards and the Traveling Princess.

The categories of honorees for the year 2016 are:


Mrs. Gnanambikai Allirajah is co-founder of Lyca’s Gnanam foundation with her son,founder and chairman of Lycamobile U.K ltd, Subash Allirajah in 2010. She was born in Sri Lanka and migrated to United Kingdom.In the Award Ceremony, Gnanam Foundation also been awarded as 2016 greatest humanitarian organization of the world.  The foundation's vision is a world where all have what it takes and chances to acquire a living and backing their families, for a sensible personal satisfaction. Lyca's Gnanam Foundation's beneficent goal is to give open doors and abilities to marginalized individuals, to enhance their quality of living and to expand their household income. Also the establishment provided assistant to worldwide emergency, for example, Tsunami, Ebola infection epidemic and so on. The foundation currently established in Sri Lanka, India, Sudan, Tanzania, Romania, Pakistan and the Philippines. The foundation is solely funded by Subash Allirajah founder of Lyca group of companies.

Founder of Lyca group and Co –founder of Lyca’s Gnanam foundation, Mr. Subash Allirajah is a globally recognized business leader and philanthropist born in Sri Lanka and migrated to UK, he was able to establish the largest and most successful platform to connect people around the world and has set benchmark in the MVNO market. Lyca has expanded its portfolio to include not only telecommunications but financial services, media, entertainment, travel and film production. While expanding his business, Subash Allirajah has not forgotten those in need. As such through the Gnanam foundation, this was co- founded by him and his mother. Projects are implemented in various parts of the world.

There are multiple activities has been executed by Lyca’sGnanam foundation to improve people lifestyles. Among many projects following are few of them.
Posted by Films & TV World at 1:41 PM