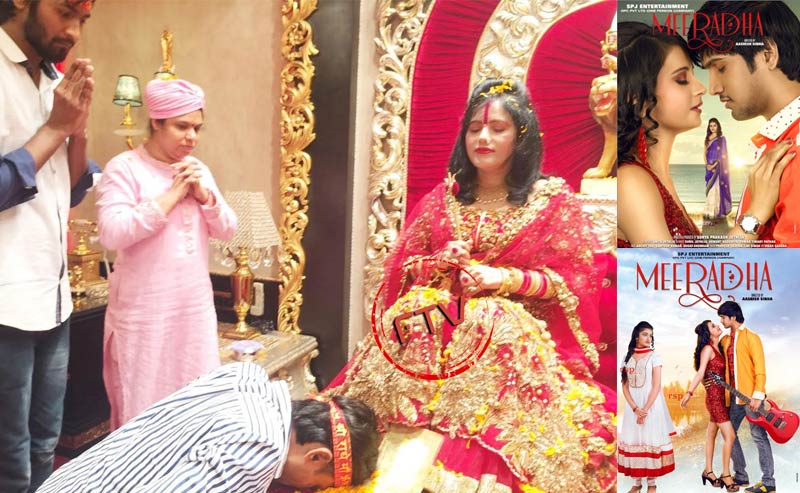 Upcoming romantic film Meeradha has been gaining attention from all the corners. From high political portfolio leaders to B-town celebs, everyone came forward to support the film. And now divine gurus have also given their blessings to the film that is raring to release.

Yes, Radhe Maa, the God-woman, and (Jain holy guru) Naypadmsagarji Maharajsaheb recently gave their blessings to Meeradha. Since Meeradha, being set in contemporary times will portray new-age Meera, Radha and Krishna on-screen, according to the producer, it’s interesting to see that divine gurus have showed their faith in Meeradha.

Further, the release of the film is around Janmashtami that celebrates the birth of Lord Krishna. While people are set to get in the festive mood by celebrating it in the conventional way like every year, this time around they will also witness rather revisit the epic characters of Indian history - Krishna, Radha and Meera albeit the new-age. With the film getting divine touch, it proves to be good omen for Meeradha.
Starring Sandesh Gour, Suhani Jethlia, Venus Jain, K Venkatesh, Anuj Pareek, Himanshu Gour, the film is directed Aashish Sinha and produced by Surya Prakash Jethlia under the banner of  SPJ Entertainment Movie.


Meeradha is a story revolving around a love triangle between college students and perspectives about relationships, hopes, dreams and beyond. The movie is well portrayed in a Desi culture with songs sung by talented singers such as Shaan Javed Ali, Raja Hasan, Shahzaad Ali, Santosh Kumar and Suhani Jethlia and the songs are set to tune by Archit Tak, Sugat – Shubham and Santosh Kumar. Meeradha is scheduled to hit the screens this Friday on August 19, 2016.