Come Independence Day weekend and it is time for another debut-rise. Director Aashish Sinha who is making his directorial debut with Meeradha is dealing with a romantic subject. Not only is he debuting but even the cast to music to the producers will be all debuting together. However, if the response to the film as is being discussed in distribution circles is anything to go by, the newcomer has done a good job. As he says, "Films have always been a draw." But whether it’s his confidence or his over confidence that does the talking, the pre-release jitters too seem to be missing. He rallies questions with ease, carving out a space for himself. Here are the excerpts from an exclusive chat with Films & TV Editor Soham Siddharth.

Films & TV World: When did the cinema bug bite you? Why did you decide to become a film director? 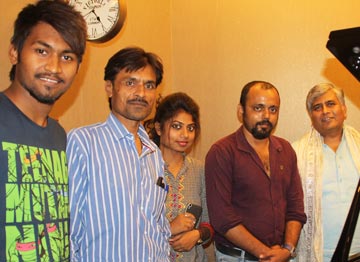 Aashish Sinha: Although I didn't have any film background, but yes, my family loves cinema and music. I used to watch all the old movies since my childhood and was really fascinated by the work of Directors like Raj Kapoor, Guru datt, Yash chopra, Hrishikesh Mukherjee, etc and was really attracted to their world of cinema. Till my 12th I pursued my normal education and then decided to get into this field. I did TV and film course from Notre Dame Communication center where I topped my batch. I joined theatre and finally shifted to Mumbai to fulfill my dream. I worked as an associate director in movies like My Friend Ganesha series; Main Krishna Hoon, etc as well did many ads, short films, video films before finally entering into feature film direction.

FTV: Whom have you learnt your trade from?
Aashish: It's not that there has to be any apparent teacher. But yes, I assisted Mr. Rajiv Ruia from whom I learned the technical aspect of film making. Besides this all the legendary directors are my guru as I have been learning by watching their movies.

FTV: The film's name 'Meeradha' has been creating much curiosity among the people. What is the story of the film? 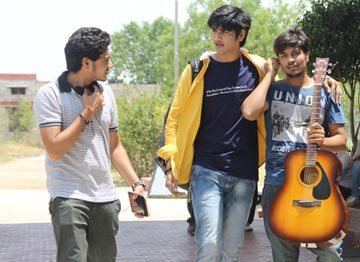 Aashish: Meeradha is creating curiosity and it deserves. First, thanks to the writer and producer Mr. S P Jethliya who coined this wonderful title. I'm not at liberty to reveal the story but I can say it reveals the hidden theme of the movie - a modern day romantic interpretation of the love story of Meera, Radha and Krishna and thus called Meeradha. The film is not only about romance but goes a little more about the family values that inspires and educates today's youth towards their job and responsibilities. I can't reveal more than this but would invite you to watch the movie once it releases on screen.

FTV: Tell us something about the music of the film?
Aashish: Music is the USP of the film. There are 6 melodious songs in the movie, beautifully composed by Archit Tak, Sugat-Shubham and Santosh Kumar and sung by renowned singers like Shaan, Javed Ali and Raja Hassan. At the same time, music composer Santosh Kumar has also rendered a beautiful foot tapping party number and our actress Suhani Jethlia has also crooned in one of the songs with the kids and an item number with music composers Santosh Kumar and Archit Tak. All the songs fit well into the screenplay and viewers will love not only listening to the songs but enjoy watching it as well. 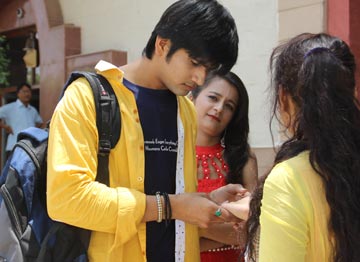 FTV: This is your debut film as director. How was your shooting experience as the cast is all fresh?
Aashish: Although it's my debut movie as a Director but I have been in the industry for last 10 years and have experienced a lot when it comes to treating an actor. It's not that if the actors are fresh they can't act. There was a certain spark in my actors. And though most of the actors were relatively new with little experience, but they were quite enthusiastic and that helped me to take the best out of them. Especially the lead cast Sandesh Gour, Suhani Jethlia and Venus Jain has done a wonderful job and people will love their work.

FTV: Your film will be releasing this 19th. What are your expectations from the film?
Aashish: Yes the film is releasing this 19th and we all are keeping our finger crossed. I am confident that people will love the simplicity and purity of film. They will not only get entertained but will be moved by the characters and sequences. When you don't have a star, then your story and content is the star and the story is the king,which is penned by the producer. And I have tried my best to do justice to the story and script and it has come out to be an extraordinarily beautiful movie. 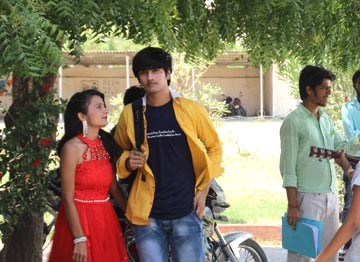 FTV: What are your upcoming projects?
Aashish: Besides this another film of mine as a writer and Creative director -Tomchi is almost ready and will be released soon. It's a very entertaining children film which will be enjoyed not only by the childrens but by all the age groups. Right now, I am working on a very realistic true film titled "Manjari". It's in the scripting process.

Ending the candid one-on-one chat, I wish the film, the actors and the director “All the best” and am keenly looking forward to catch the movie on screen. Till then, it’s time to wait and watch.
Posted by Films & TV World at 1:00 AM