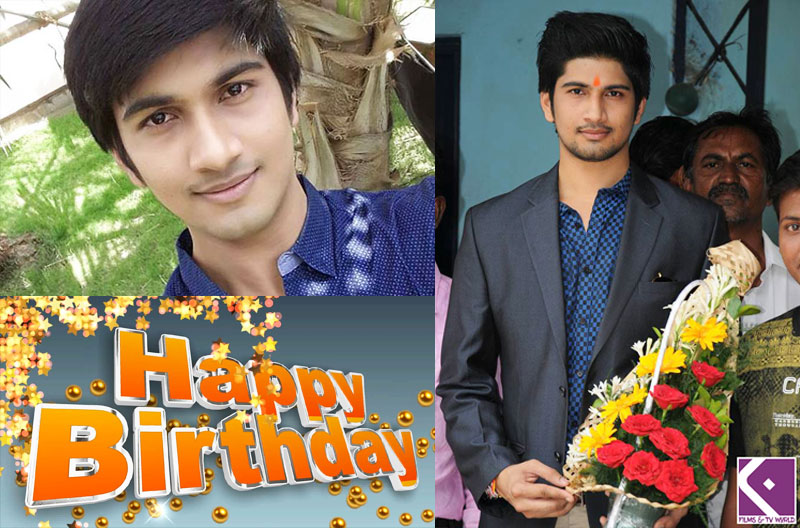 Talented actor Sandesh Gour, known for his roles in Saraswati Chandra, Meri Aashiqui Tum Se Hi and other serials, debuted with his first Bollywood offering Meeradha last Friday. And today is another Friday with one more reason to celebrate - It’s his birthday today.

Having donned the hat for many interesting roles in various Indian television shows like Mann Kee Awaaz Pratigya, Surya The Super Cop, Savdhaan India, Super Cops vs Super Villains, Sanjeev Kapoor Ke Kitchen Khiladi, Mahisagar, CID and Taarak Mehta Ka Ooltah Chashmah, he is all set to do another Bollywood project this year. To go on floors immediately after Ganesh Chaturthi, Sandesh is tight lipped about the project. He just mentioned that it’s a thriller film and is very interesting. The film has a message for the youth and revolves around the issues faced by youths today.

Sandesh also did a couple of short films under the tutelage and direction of Mohan Das with whom he did Pragaash and later Maufinaama which went on to receive many awards at various International Film Festivals. Though “Meeradha” had an average run, but being jovial and extrovert by nature, Sandesh says, “Life and career in this industry comes with all its ups and downs. But what is important is to rise above everything and keep on moving.” All set to explore varied roles and leave a mark with his acting histrionics, he says he is indebted to producer Surya Prakash Jethlia for having given him a break in Bollywood, “for which I will be forever indebted.”

As the young lad gears up for his next venture, we wish him all the very best and success in his ventures, and of course Many Happy Returns!!!
Posted by Films & TV World at 12:00 AM