I'm not doing this for fame, says Venus Jain 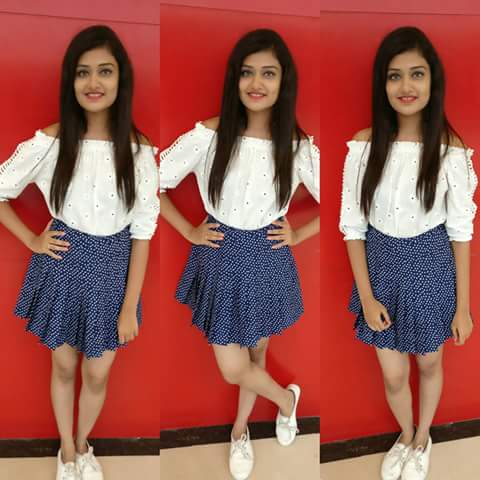 Yet another debutante actress, Venus Jain from Mumbai is all set to make her foray into films with Meeradha this coming friday. Venus who seems to trade on being simple and sweet, didn't actually want to do the film. Ask her why and she says, "I said No, but my momma convinced me to do and now I have no regrets doing it," she says an adds, “I'm not doing this for fame”. With the Meeradha promotions in full swing,
Soham Siddharth- Editor Films & TV World caught up with her for a brief interview on the eve of the film’s release. Let’s see what she has to say.

Films &TV World: You are making your debut with the most romantic film of the season. How do you feel about it?
Venus: I am really lucky to make my debut with Meeradha. I never expected this kind of launch and am so thankful to the production house for giving me this break. I am quite excited but at the same time fully nervous also.  I am very curious to see the reaction of the public. I know you have to strive a lot to make a place in the heart of the audiences. We all are keeping our fingers crossed and praying to the almighty and hoping for the best, but there’s fear and trepidation always. It is not at all important that the film is a hit or flop. As it’s just a beginning for the whole unit. We are more concerned about the acknowledgement from the public, media, critics and established names in the Industry.

FTV: What is your role in Meeradha?
Venus:  I'm not at liberty to reveal the story but I can say I am lucky to work with such a team and especially Surya Prakash Jethlia ji our Producer. He is a thorough gentleman and has immense clarity. I am aware this is everyone’s first film but something tells me, that this team is sure to go places. 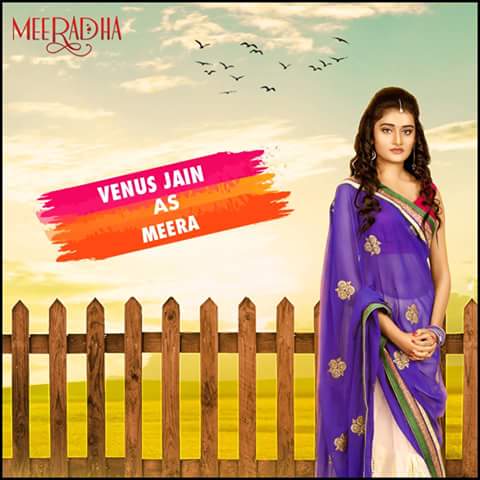 FTV: How was it working with the team Meeradha and specially your lead actor Sandesh Gaur?
Venus:  It was a great experience. Most of the star cast was facing the camera first time, so all were going through the same mind state. We used to support and encourage each other. There was no hesitation in laughing at our own mistakes during the whole shooting. We used to make fun of it. It was an ultimate fun filled experience. Sandesh is a man of great soul.  Whatever we could perform in the film is the result of hard work, guidance and support of our Director, Producer and Sandesh. I wish him great success in life.

FTV: Did you at any time feel that it would have been different if you did Suhani’s role?
Venus: No, never. My role has been fleshed in such a way that I could think of no other than this. It is somewhere close to my heart as in real life too, my nature matches with my character in the film. I am not a very naughty type of girl and by nature too also I am an introvert. It is very difficult for me to behave like the modern Radha of the film.  But, in reel life, one should be ready to play all sorts of roles. I will love to play the role of Suhnai also, if someone offers me in times to come.

FTV: Have you taken any acting course before entering into films?
Venus: No, never. Actually, I am a professional classical Bharat Natyam dancer and I hold a master degree. I started learning this form of dance since childhood and till now I have given many performances. We have also performed Nrutya-Natika in our dance shows. Here too acting plays a vital role. Although it is not pure acting but it helped me a lot in portraying my character well in Meeradha.

FTV: Your role is quite devotional. Are you like that in real life. 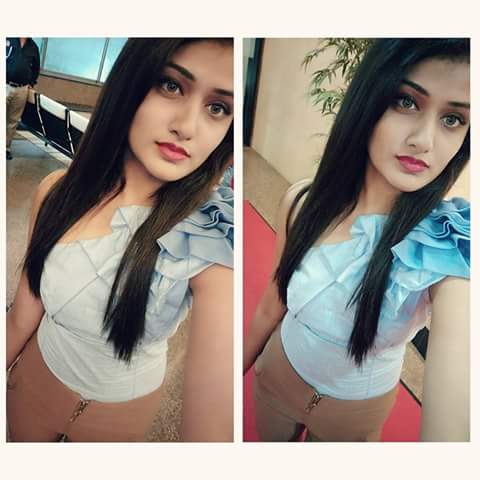 Venus: Being from the Jain community, I follow Jainism and its basics in the day to day life, although not fully but certainly to some extent.  It is one kind of faith which attracts us to devote towards something in real life. So there is a real sort of devotion in my personal life which is mainly influenced by the basics of Jainism.  It is my natural instinct which always inspires me a lot.

FTV: What help you got from your family? Were they supportive?
Venus: I am really privileged that my entire family stood firmly with me at all times and even encouraged me to perform better. My mom who is also a professional folk dancer  is my role model. In fact it was she who encouraged me to take up this role when SP Sir approached me. In fact, I had initially refused him. But, it was my Mom who made up my mind and result is now in front of everyone. My Dada-Dadi are one step ahead of the time and never stopped me from doing a film. It is a thought next to impossible not in our family but in the entire community to play a role in a film. But there was never a second thought in my family about this role. My father, younger sister, brother and all other relatives were always positive and supportive.

FTV: What are your future plans?
Venus: Presently I am student of 2nd year BMM from RD National College, Mumbai. I did my Junior college from Mithibai College. My first goal is certainly to finish my graduation and later to hold a Masters Degree in Media and related verticals. In between I am keen to do some good roles in Hindi or regional movies, provided my family gives the green signal to a particular role. I am also interested to have some appearance on TV shows. Let’s see, how my debut movie performs, as it will set the future direction of my life, specifically in Cinema.

Confidence is the hallmark of Venus. What we really loved about Venus is the way she bats away questions with confidence, putting paid to the theory that a fresher is always nervy and especially if it happens to be her first interview. And we hope she has done the same to her acting especially for the critics who are never sweet to newcomers. But then, as she says, “We have put in our best – and that's all that really matters," we ended the interview on this sweet note.
Posted by Films & TV World at 6:37 PM