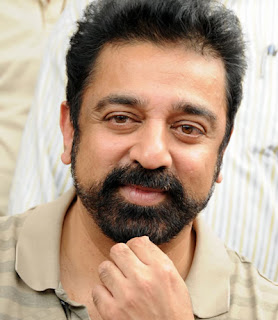 The 15th Mumbai Film Festival is drawing closer. Organized by the Mumbai Academy of Moving Image (MAMI) and supported by the Dept. of Culture, Government of Maharashtra, the eight days of celebration of cinema will begin on the 17th October, 2013 and continue till 24th October, 2013. This year, on the cards, are many major announcements that will take the level of the film festival to new heights, making it one of the Asia’s finest and most prestigious events.

Today, the names of the recipients of its esteemed Lifetime Achievement Awards are announced. This year, the festival and the Mumbai Academy of Moving Image (MAMI) will bestow the Academy Award-winner French filmmaker, Costa-Gavras with its Lifetime Achievement Award. One of French cinema’s most internationally-renowned filmmakers, Gavras is best known for his political thrillers, such as the Best Foreign Language Oscar-winner Z (1969); Missing (1982), for which Gavras won the Best Writing (Adapted Screenplay) Oscar; The Little Apocalypse (1993) and Amen (2002). Hailed as one of the world’s living legends in cinema, the Greek-born Gavras has also been conferred with the title of French Knighthood. The winner of numerous international film awards, he has been on the jury of various film festivals. Since 2007, he has also been serving as the President of Cinémathèque Française, one of the world’s largest film archives.

“We are honored to confer the Lifetime Achievement Award to Costa-Gavras. His films have been loved and celebrated by millions of cinema lovers worldwide. We are humbled that he has agreed to receive this award,” said Shyam Benegal, Chairman, Mumbai Academy of Moving Image (MAMI). 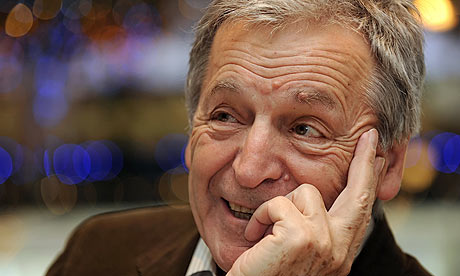 Festival Director, Srinivasan Narayanan is ecstatic: “When I think of Costa-Gavras, I am overwhelmed by the elegant, humanist films he has bequeathed to humanity, his gentle nudge to stand up and take a position as he did with his announcement for “Z” – "Any similarity to persons or events is deliberate". It is our good fortune that we would be receiving him in the Mumbai Film Festival and interacting with him for a whole week.”

Along with Gavras, legendary Indian actor-director Kamal Haasan will also be bestowed with the Lifetime Achievement Award. Haasan is one of the stalwarts of Indian cinema, who has recently completed 50 years as actor, director, writer, producer, singer, choreographer and lyricist. He has over 190 films to his credit, across genres, industries and languages including Tamil, Hindi, Telugu, Kannada and Malayalam. He is best known for his performances in critically-acclaimed and award-winning films such as Moondram Pirai (1982); Nayagan (1987), hailed as one of the best films of all time by TIME magazine; Pushpak (1987), Appu Raja (1989) and Hey Ram (2000). In his highly decorated career, the maestro has been conferred with three National Film Awards, a Padma Shri, and a Kalaimamani Award, and earned a huge loyal fan following across the globe.

Speaking about Kamal Haasan, Shyam Benegal said, “He is a legend in every sense of the term. He is a writer, singer, director, lyricist and an actor par-excellence. We are extremely honored to present the Lifetime Achievement Award to Shri Kamal Haasan.”

Srinivasan Narayanan said, “My generation grew up watching Kamal Haasan’s films. His growth as an actor from K. Balachander’s Arangetram and Apoorva Raagangal to his award winning performances in Mani Ratnam’s Nayagan and Indian and the variety he brought in - from serious films to comedies to action films is phenomenal. He is straddling across all departments of filmmaking like a colossus.

The Mumbai Film Festival is currently in its 15th edition. Over the years, it has grown to become one of the most celebrated cultural events of the country. This edition of the festival, will screen over 200 films from 65 countries and would soon be open for the thousands of cinema lovers to become a part of this celebration of the real spirit of cinema.

The 15th Mumbai Film Festival will take place from the 17th – 24, October 2013 and will be held at Metro Cinema and Liberty Cinemas as the main festival venues and Cinemax, Andheri (West) as the satellite venue.