Shootout at SAIFTA: Durban witnesses a double dose of Bollywood 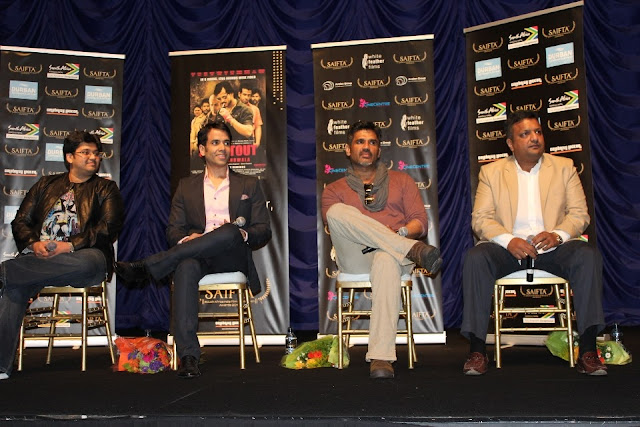 South Africa has had a taste of Indian cinema even before witnessing the mega event where South Africa and Indian talents come together through the first South Africa India Film and Television Awards (SAIFTA). Film makers Apoorva Lakhia and Sanjay Gupta’s landmark films, Shootout at Lokhandwala and the more recent Shootout at Wadala (produced by White Feather Films) were screened at the prestigious at CineCentre theatre at Suncoast as part of a unique skills transfer initiative between SAIFTA, Kwa-Zulu Natal Department of Economic Development and Tourism and Tourism KZN.

Conceptualized to connect experts from Bollywood, undoubtedly one of the biggest film industries of the world, with Mr. Shaffie Mohamed Ali from the Life College Group, Professor Stewart and students from the Durban University of Technology, Mr. Richard Green and students from AFDA , Mr. Nanda Sooben and students from Centre for Fine Art Animation and Design, Mr. Kevin Palium and students from South African Film Institute (Creatives Arts College) and many other film enthusiasts from South Africa, these screenings provided just the right buzz before the upcoming gala. Also in attendance were Chairperson of KZN Film Commission and esteemed jury member of SAIFTA, Mr. Welcome Msomi and the CEO of KZN Film Commission, Ms. Fikiswa Pupuma who addressed the students. With the creator of one of the action hits Sanjay Gupta present at the venue along with important cast and crew members of both films, the screenings were both entertaining and interactive. Mr. A.B. Moosa, CEO of Avalon Group was also there to witness this unique skills transfer. 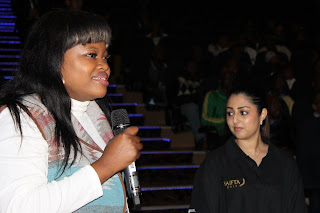 Each film was followed by a question-and-answer session where the attendees grabbed the opportunity to share thoughts on film making, production and other aspects of Gupta’s brand of cinema as well as Bollywood. The engaging conversations that the screenings spurred only gave SAIFTA a wholesome feel.

The screenings were also attended by dignitaries from Tourism KwaZulu-Natal (TKZN), Durban Tourism, Durban Chamber of Commerce who voiced their opinions on growing business ties between the province and the Indian film industry.

Shootout at Lokhandwala (2007) and Shootout at Wadala (2013) were both based on true stories of two gangsters of the Mumbai underworld. While the former starred icon Amitabh Bachchan and Sanjay Dutt, the latter had actor John Abraham in the lead. Just like their post-release response in India, the films were met with generous applause and hearty cheers. The Shootout screenings are a SAIFTA skills transfer initiative in collaboration with the Kwa-Zulu Natal Department of Economic Development and Tourism.

Bollywood is one of the largest film industries in the world. The Shootout screenings was organised to bring Indian film industry experts to film students and enthusiasts in South Africa so that they can share their expertise and knowledge about film making, production and other aspects of the business of cinema. The students were also addressed by Fikiswa Pupuma, GM, Industry Development, KZN, Mr. Welcome Msomi, Chairperson of the KZN Film Commission.


Another extension of this initiative was the Producers meet and a FAM trip. This was being organized by the DEDT to showcase the scenic and varied landscapes of Kwa-Zulu Natal and how much it has to offer to the Indian film industry from an outdoor location point-of-view. This will also lead to strengthening business ties between the two countries and add to the economic development of both nations. With this initiative, SAIFTA also hopes that students will get a chance to work on live productions from Bollywood.
Posted by Films & TV World at 9:56 AM