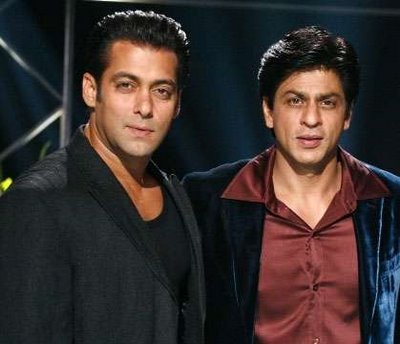 The industry has been taken by surprise. Have Salman and SRK turned over a new leaf post Eid? Are the Khan’s making a conscious effort of starting afresh? Well the recent developments certainly point in that direction.

At a recent event, when asked if Salman would have SRK over as a celebrity guest on a popular reality show hosted by him, Salman mentioned that he will gladly welcome SRK if he wants to promote his upcoming film. At a press event, when zoOm spoke to SRK about Salman’s invitation, SRK was quick to revert that he will definitely promote his movie on the reality show. However the only glitch is that Salman will have to wait for almost a year to host SRK as Happy New Year is still in the making.

SRK also went on to say that there are no issues between him and Salman and that people shouldn’t create them either. On the other hand Salman taking the box office results of Chennai Express in his stride commented that the only war between the Khan’s will be at the box office.


This certainly looks like the new beginning and we wish the two reigning Khan’s all the best. It remains to be seen how soon these two will come together on a common platform! For the latest and biggest stories from Bollywood, stay tuned to Planet Bollywood News every day at 7 pm only on zoOm – India’s No. 1 Bollywood Channel.
Posted by Films & TV World at 8:37 PM