Day 4 at the Jagran Film Festival, Mumbai 2013 promises to keep the spirit high 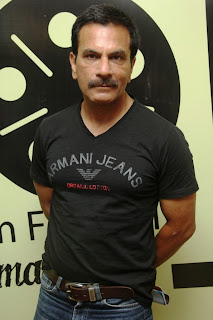 Excitement and anticipation continued to fill the atmosphere at the 4th day of the Jagran Film Festival, Mumbai 2013, held at Fun Republic, Andheri West. Commenced with an electrifying opening ceremony on 24th September in Mumbai, the festival has been winning hearts and entertaining ardent cinephiles since 3 days. In these last three days, cinema lovers got to enjoy several national and international feature and short films across genres. Many of these were showcased for the first time in any festival. The 4th day of this six-day long cinematic extravaganza began with the screening of a Korean classic 71: Into the Fire, directed by John H. Lee. This 120 minute film from South Korea, was highly enjoyed by the audience, and gave an action packed day a good opening. 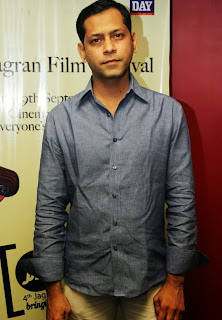 Other classics showcased in the category Jagran Classics on this day were Park Kwang-Hyun’s 133-minute Korean film Welcome to Dongmakgol; Alpgiray M. Ugurlu directed 90-minute Turkish film Overture; and our very own Guru Dutt directed Kagaz Ke Phool, a 153-minute romantic Hindi film. Cine lovers were thrilled to get this lifetime opportunity to enjoy all these classics together in a day.

The second film screened on the 4th day of the festival was Madhur Bhandarkar’s Heroine. This 149 minute Hindi film starring sizzling beauty of Hindi cinema, Kareena Kapoor was based on the life time of a superstar heroine of Bollywood. Considered by Bhandarkar his magnum opus, the film was much appreciated by the audience. Other films screened under the category Indian Showcase (Feature in Competition) on the day were Samit Kakkad’s 94-minute Marathi feature Aayna Ka Bayna, Yogendra Choubey Chhattisgarhi’s 96-minute Hindi film Gaanje Ki Kali, and Suhail Tatari’s 130-minute Hindi film Ankur Arora Murder Case. Besides showcasing these films, the festival also provided platform for movie promotions.

Please find enclosed the press release and images for your reference. Do let us know if you require any more information, will be happy to share from our end.
Posted by Films & TV World at 9:12 PM