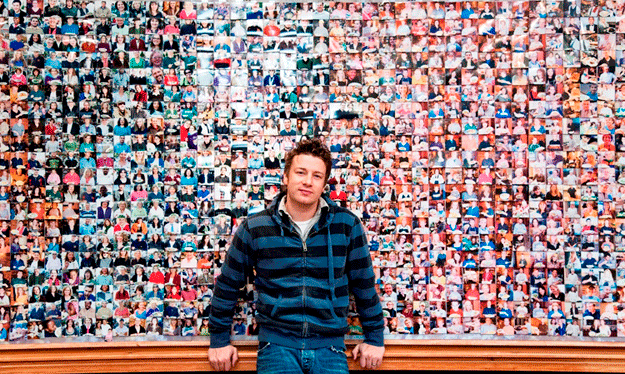 Impassioned chef Jamie Oliver is determined to take on the high statistics of obesity, heart disease and diabetes in the United States. By talking to people in their communities, Oliver will attempt to show people the incredible rewards of cooking for themselves and the people they love. Oliver heads to one of the unhealthiest cities in America to start his new cooking initiative. He hopes to start a chain reaction of positive change across the country and convince the people of Huntington to change their eating habits and get fresh food into the schools.

Despite continued opposition from naysayers Alice Gue, Director of Food Services Rhonda McCoy, makes a huge leap of faith by giving Jamie the green light to cook for Huntington High School. Once there, Jamie finds his secret weapon in a group of motivated teenagers who understand the need for change: Brittany, whose lifelong weight problem has caused irreversible liver damage and shortened her life expectancy; Marisa, whose father died prematurely as a result of obesity; Ryan, a troubled teen who wants to get his life back in order by learning a new skill; Robert, a football player who struggles with his weight; Brian, whose family is plagued by obesity; and Emily whose dream is to attend culinary school. Jamie takes a huge risk by asking the kids to secretly prepare a gourmet meal for the state senator, local legislators and community leaders to raise the necessary funds to train the school staff to cook fresh food.


Will the teens’ passionate appeals inspire change in Huntington. To find out don’t miss ‘Jamie Oliver’s Food Revolution’, this Saturday, September 14, 2013 at 7.00 PM only on BIG CBS LOVE
Posted by Films & TV World at 4:00 AM