The men Sarika wants to be locked up with in the Bigg Boss house! 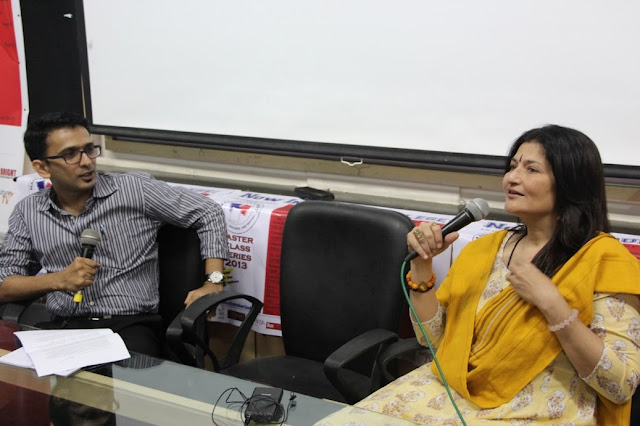 At the concluding Manhattan Short India Master Class Series at National college on Monday afternoon, when asked if she would consider entering the infamous Bigg Boss house, senior actor Sarika sportingly quipped, “I’ll do it if they lock Naseeruddin Shah, Nana Patekar, Irrfan Khan, Seema Biswas, Tabu, myself, Nawazuddin Sidiqui, Anurag Kashyap. Yes, then I would go in. That is so exciting!”

In a heart-to-heart tete-a-tete with the students at National college, moderated by senior film journalist Faheem Ruhani, Sarika made several youngsters’ jaws drop when she revealed to them that today in Hindi cinema, women are less objectified than in earlier times. “Go to youtube and search for songs like ‘Hungama Ho Gaya’ with Bindu or a Padma Khanna song. The camera is only on two places,” she said, with the young audience in splits. “And the camera had this very vulgar movement. They would zoom in and out and in and out, just at those two places. I would rather see Deepika looking so sensual and so sexy than seeing that camera movement. Things are much better now,” she added. 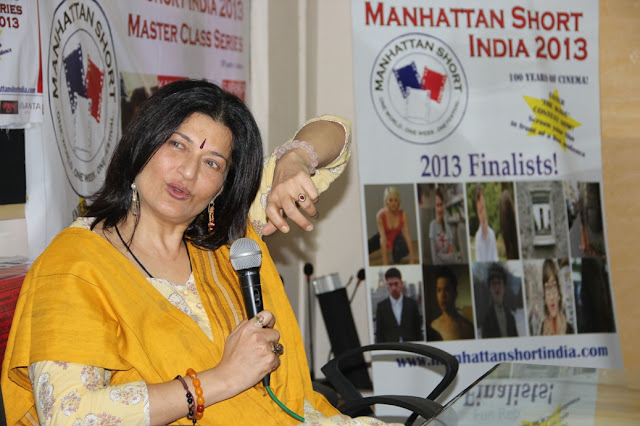 At ease, Sarika was as comfortable talking about people who influenced her like Sunil Dutt, Meena Kumari and Sanjeev Kumar and about the choices she has made in her professional and personal life. The students posed as many tough questions as any journalist would do today including ones such as, ‘Why did you take so long for your come back?’, ‘With your daughter an actor today, do you think women are more objectified today than the previous generation?’, ‘Is Bollywood changing that we will soon see an older heroine with a younger hero?’, ‘How true is it that an actress’ career comes to an end when she gets married?’ and even ‘Will we see you direct a film soon?’
Posted by Films & TV World at 11:07 AM