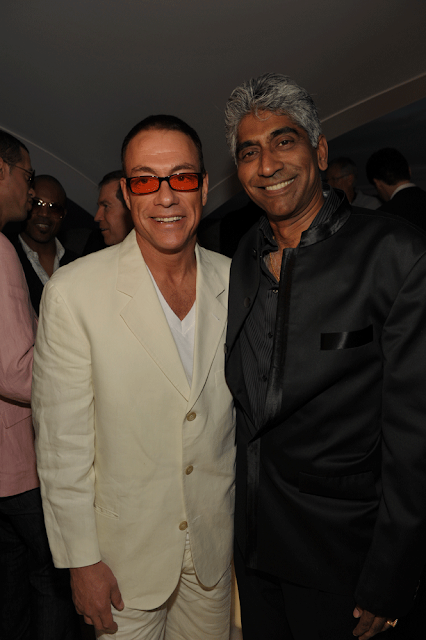 Hollywood Star Jean Claude Van Damme, popularly known as the Muscles from Brussels, is traveling to India for the first time for the global launch of Ashok Amritraj’s autobiography at CII Big Picture Summit, Confederation of Indian Industry’s flagship conference for Media and Entertainment industry to be held on 13 & 14 September 2013 at New Delhi.

Ashok Amritraj produced Van Damme’s Double Impact, which catapulted him to an A list box office star. The film was a breakthrough for Amritraj as well and he went on to become a major force in Hollywood.

Jean Claude Van Damme’s other popular films include The Expendables 2, Bloodsport, Kickboxer, Universal Soldier, Sudden Death and JCVD. On 21 October 2012, Van Damme was honored with a life-size statue of himself in his hometown of Brussels.

The Belgian born star, Van Damme says, “I am looking forward to my first trip to India for the global launch of my friend Ashok Amritraj’s autobiography.  It will be great to meet my Indian fans who have supported my films for so many years.”

Amritraj added, “It is my pleasure to welcome Jean Claude to India.  He has been a special friend for over two decades, from the days of our successful partnership on Double Impact.  I’d like to thank him for taking the time from his busy life to celebrate the launch of my book at the CII Big Picture Summit.”


Award winning film producer Ashok Amritraj is a landmark figure in the world of international entertainment and a super success story in Hollywood having produced over 100 films that have collected worldwide revenues in excess of $2 billion.
Posted by Films & TV World at 9:00 PM