Aamir Khan does a Full Monty in PK 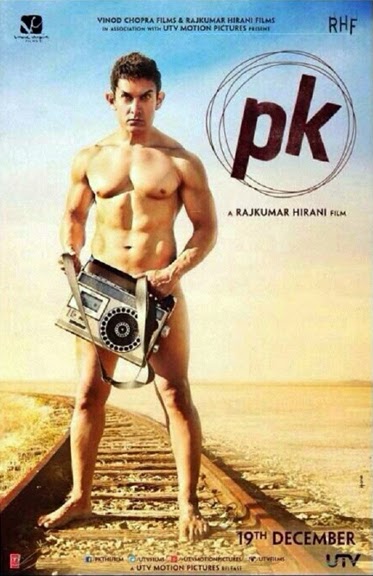 The rumour mills had been abuzz for quite some time about the perfectionist Aamir Khan doing a full monty in Rajkumar Hirani’s latest film PK. And now that the first look of Aamir Khan’s P.K. has arrived, the rumour is confirmed news.

Aamir has indeed posed full monty on the poster of the film just covering his manhood with a stereo system. Now this is indeed daring for a mainstream commercial actor as either these roles or scenes are relegated to newcomers or with smart cinema actors.

If you are aware, this is the second khan to pose in the buff. The first was Shahrukh Khan in his earlier days when he went full monty with Deepa Sahi for Ketan Mehta’s Maya Memsaab. Only the third and the most popular khan - Salman - remains to do a dare bare act.

While Aamir and Hirani both are tight-lipped about everything concerning this film, this poster in the nude is the first time for any Bollywood film. While the film starring Aamir Khan along with Anushka Sharma and Sushant Singh Rajput is set to release on December 19, during Christmas this year, this first look is already creating a lot of buzz.
Posted by Films & TV World at 10:57 AM