A beeline of dance aspirants outside Terence, Geeta and Remo's Dance Academies 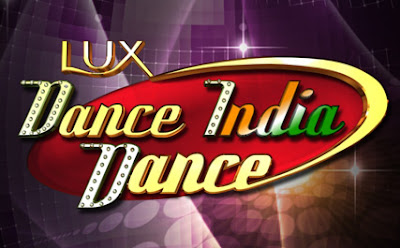 The moment Zee TV announced the audition dates of the much awaited dance reality show Dance India Dance Season 3 Terence Lewis Inc. India, Geeta Kapoor and Remo D'Souza's dance academies saw a sudden surge in candidates interested in enrolling themselves for a crash course in hip-hop, salsa, Bollywood and  ballroom dancing.  All three dance academies are run by Terence, Geeta and Remo, the judges of Zee TV's popular dance reality show, Dance India Dance. The masters have their dance academies in many cities and are exasperated with the serpentine queues outside their dance schools following the announcement of auditions across cities in India. Says Master Geeta, "The quota is over….Pl, we cannot handle anymore new enrollments now!!!"
The mentors reported that more than a thousand dance enthusiasts are queuing outside their academies daily. Terence Lewis said, "One day I had a chat with the youngsters who had come to enroll themselves in my dance academy in Mumbai and found out that 99% wanted to give DID 3 a shot. I had to counsel them that one month's crash course will not do them any good. If they really want to take up dance as a career option then they should wait till they have achieved excellence and then try their luck  on National television."
Similar sentiments are echoed by Remo and Geeta. Geeta Kapoor said, "Dancing is not just about learning the steps, it's all about rhythm, synchronization and passion which cannot be mastered in haste."
Remo differs with his opinion & feels that everybody interested should be allowed to come for the auditions and experience the frenzy and then decide for themselves where they stand in the competitive world. So, what are you dancers waiting for? Come for the auditions and prove that you were 'Born to Dance.'
After auditions in Delhi, Raipur, Kolkata, Indore, Patna, Lucknow, Jaipur, Chandigarh, Dehradun, Guwahati, Bhubaneshwar, Hyderabad, Dehradun,  Imphal, DID3 hunt will now be coming to Rajkot on 4th November, Vadodara on 6th November, Kolhapur and Bangalore on 11th November.
Posted by Films & TV World at 8:55 PM