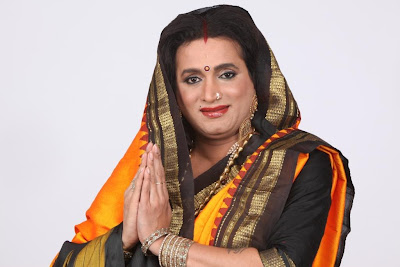 The time has come for another housemate to say goodbye to the Bigg Boss house. After completing six long weeks in the house, Lakshmi Tripathi has been evicted by the public votes of the nation and audiences across the world.
The renowned LGBT social activist has made a significant impression in the eyes of the fellow housemates as well as the audience. She has portrayed by far the strongest personality amongst the housemates & showed no remorse of being from a minority community. She has opened several orthodox eyes across the globe and spread the message of her community’s existence extremely well. She has done a remarkable job in highlighting the fact that transgender people are no lesser than the other so called normal people in the society. She showed us that even she has a heart, brain & soul just like anybody else in the house.  Lakshmi Tripathi also displayed an amazing character in the show and made some good friends in the house. She has been charming, exciting, emotional, helping and very entertaining. She has also showed a lot of dignity and self respect. We wish her all the best for the future.
Posted by Films & TV World at 5:43 PM