Pratigya to take a pledge that will shock everyone... 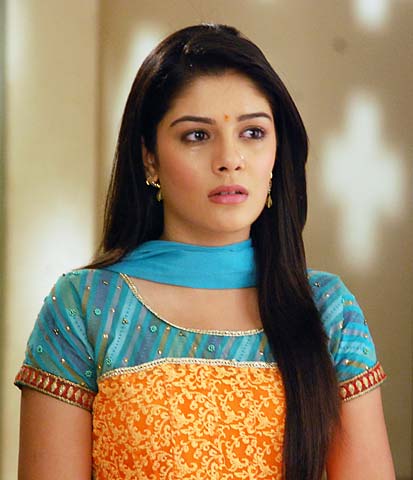 With Pratigya’s concern for Kesar and Shakti’s son, Samar, growing day by day, the tussle between the family and Pratigya on how to raise him will reach a crescendo in tonight’s episode making way for a resounding resolution in Mann Ki Awaaz Pratigya.
A Starplus.in source divulges, “Pratigya sympathises with Kesar’s mental disturbance over seeing her son Samar being thrown off the balcony by her husband Shakti. But soon she realises that Samar isn’t safe with the disturbed Kesar. In tonight’s episode, Krishna and Pratigya will want to take Samar to a doctor as he is unwell, but Sajjan Singh and Amma will stop them and call for Vedji as they want a desi cure. When the Ved heats up a hasiya to mark the navel and cure Samar, Pratigya will protest but is unheard. She will plead with Sajjan to give her Samar’s custody but he along with Amma will refuse claiming when she has her own kids, she would neglect Samar. In the spur of the moment, Pratigya takes a pledge that will shock everyone.”
Pratigya is anxious, concerned and worried regarding the happenings in the house. “First it was the way everyone was treating Kesar didi. She wasn’t mentally disturbed as they called her paagal or possessed by a ghost but simply feeling traumatic. Any mother would be so if her son was flung from a balcony. Instead of taking her to a doctor, they got an ojha to treat her. Nothing worthwhile happened. And now they wanted a desi cure for Samar with a mark on his body. How would that cure him? I couldn’t stand by and watch him suffer. These are superstitions and nothing good can ever come of it. I am going to ensure he is taken care of and I will use any means to do so.”
What is Pratigya’s shocking decision? How will it affect her life? Don’t forget to watch Mann Ki Awaz Pratigya every Monday to Friday at 10.30 pm only on STAR Plus.
Posted by Films & TV World at 7:53 PM