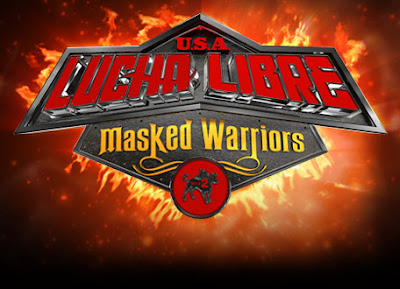 Lucha Libre USA announces a long-term partnership with international multi-media entertainment conglomerate Reliance Broadcast Network, of India, for its bouquet of Channels. The first season of the Masked Warriors will air simultaneously on its English Entertainment Channel BIG CBS Prime, part of the Channels launched through its joint venture with US’ CBS Studios International, and its regional entertainment channel – BIG Magic – targeted at the states of Uttar Pradesh, Madhya Pradesh, Bihar and Jharkhand. The global hit show will air on BIG CBS Prime each Friday at 9:00pm and on BIG Magic – each Saturday and Sunday at 7:30pm.
This language agnostic programming is a free style wrestling show that boasts of some of the most death-defying showmanship and premiers in India, exclusively through the partnership with Reliance Broadcast Network. Lucha Libre USA has seen a tremendous increase in popularity among Indian audiences especially among the 15-24 year old demographics. To capture that audience, Lucha Libre USA: Masked Warriors television series includes a well-known, world-class roster of Mexican and U.S. wrestlers, such as Lizmark Jr., Super Nova, Marco Corleone, Shane Helms and Tinieblas Jr. 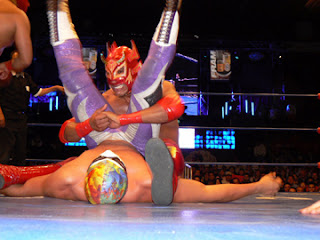 BIG CBS Prime, which has grown to a leadership position in under a year of launching in India, has been delivering its promise of offering the latest, freshest and hottest entertainment straight from the United States. With this offering, the Channel stays true to its commitment of offering audiences superlative and an unmatched entertainment mix.
BIG Magic, launched in April of this year, is the India’s first variety entertainment channel targeted at the core Hindi heartland, locally relevant entertainment around Humor, Reality, Music & Bollywood, along with high end international content that appeals to the people of the heartland. Bringing in Lucha Libre is in line with the programming strategy to offer the audiences in India’s heartland, international content that appeal to their tastes. 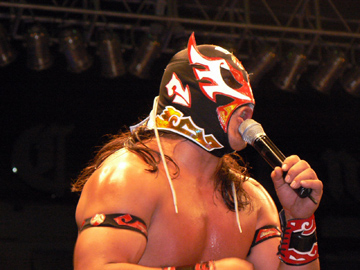 “Sports programs are known to draw huge audiences in India. A deep audience insight mapping indicated an excellent opportunity to bring to India the Masked Warriors, showcasing the new and iconic warriors of Lucha Libre. We are confident that this offering will resonate well with our audiences across both channels, and are extremely pleased with the partnership”, said Reliance Broadcast Network Ltd. in a statement.
“We are excited to be partnering with Reliance Broadcast Network to bring this incredible tradition of Lucha Libre to audiences in India and allow them to view the program across demographics. We are confident, the reach and rich relevant audience base of BIG CBS Prime and BIG MAGIC will allow us to create sizeable impact in the Indian market.” says Lucha Libre USA’s CEO Steven Ship.
Posted by Films & TV World at 11:04 AM