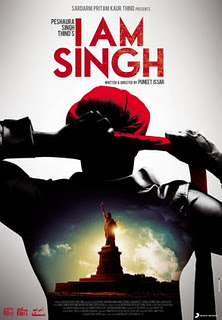 The hall was electric as Indian pop-star Daler Mehendi belted out songs from I AM SINGH,Puneet Issar’s forthcoming project which saw its music launch on the 3rd November,2011. Best remembered for his portrayal of Duryodhan in BR Chopra's TV epic, Mahabharat, and his directorial debut, Salman Khan starrer Garv , Puneet Issar returns to the big screen after a gap of 7 years with I  AM SINGH produced by Sardar Peshaura Singh Thind- a salute to the undying spirit of Sikhs all over the world. 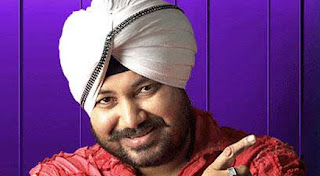 Keeping with the spirit of the film, the album is an interesting mix of songs with various composers and singers on board including Daler Mehendi, Sukhwinder Singh, Mika Singh, Monty Sharma, Sudhakar Dutt Sharma, Arvinder Singh & Sumitra Iyer.
Says producer Mr. Thind: "The film has some of the most talented musicians on board. In a way the music of the film is its USP. Its uplifting and carries the spirit of I AM SINGH forward”
Throwing light on discrimination and racism that Indians have faced abroad ,post what could only be described as one of the most appalling events the world has ever witnessed ,the 9/ 11 terror strikes in New York that occurred over a decade ago – I AM SINGH focuses on how Americans mistook Sikhs to be part of Islamic terrorist groups and the trauma that follows.
I AM SINGH comes to a theatre near you 2nd December, 2011.
Posted by Films & TV World at 11:05 PM