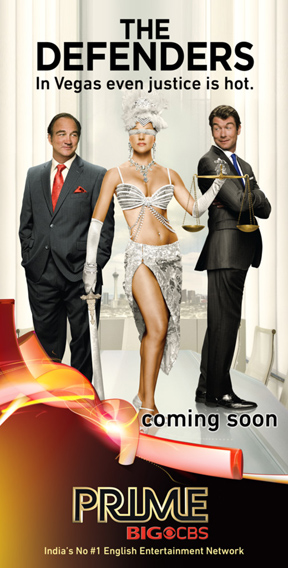 After the tremendous response and success of shows like NCIS & CSI, BIG CBS PRIME launches a new show The Defenders a legal drama about two colorful Las Vegas defense attorneys who go all-out when it comes to representing their clients. Nick and Pete are the local go-to guys with an eclectic client list who are still looking to hit their own jackpot. Jim Belushi and Jerry O'Connell star as the defense attorneys of the show's title.
Leading the law firm of Morelli & Kaczmarek are Nick Morelli (Jim Belushi), an earnest, hard-charging attorney who represents his clients to the best of his ability, no matter how big or small the case; and his partner, Pete Kaczmarek (Jerry O’Connell), whose passion for the law is matched only by his love of fast cars, beautiful women and expensive clothes. Joining them in their growing law practice is new associate Lisa Tyler, an enthusiastic young attorney looking to put her exotic dancing days behind her; and their young assistant, Zoey, a spunky and sweet ingénue who is eager to please her bosses.
The Defenders has been one of the top-rated legal comedy-drama series in America and promises to enthrall the Indian male audience with its fast-paced storyline LA lifestyle and uber-chic crowd. 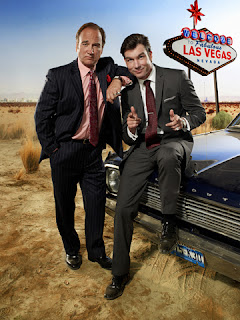 The spotlight’s on Jim Belushi (Nick Morelli) and he is sure to set hearts racing once on screen. Jim Belushi is a Chicago native and graduate of Southern Illinois University with a degree in Speech and Theatre Arts. Among Belushi's other television credits as an actor and writer are Saturday Night Live, for which he received an Emmy Award nomination for Outstanding Writing in a Variety or Music Program, Parallel Lives and Wild Palms.
Commenting on the launch of The Defenders, Nikhil Mirchandani, Business Head, Television Channels, Reliance Broadcast Networks Limited said, “‘The Defenders’ is one of the top rated comedy-drama shows in the US. The success of shows like NCIS & CSI, indicate a high appetite for   investigation & action shows amongst our audiences. Bringing the show to the India, only strengthens are programming offering and re-affirms our endeavor to offer the latest, freshest and hottest entertainment from the US.”
Catch “The Defenders” starting from November 7th 2011, at 9:00pm only on BIG CBS PRIME