Aamir Khan contributes 11 lakhs and encourages others to contribute : Kamal Haasan, Shahid Kapoor and others too pledge support 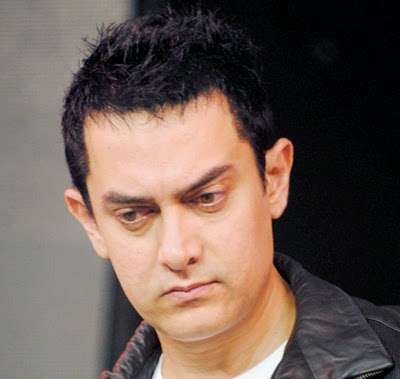 Post the social media campaign started to support the 16th Mumbai Film Festival, organized by Mumbai Academy of Moving Image (MAMI) has received an overwhelming support not only from the Indian Film Fraternity fraternity but from across the globe.  Actor and Producer Aamir Khan has pledged his support for 16th Mumbai Film Festival by donating 11 lakhs today. In his tweet this morning he has expressed his support to the campaign and the festival and has requested others to do so as well.

He tweeted, “Hey guys, the Mumbai Film Festival needs our help. I'm donating 11 lakhs. Would be really great if all of you came forward and donated as much as you can to make it happen! Thanks. Love.a”

Cameron Bailey, Artistic Director, Toronto International Film Festival, said, "Mumbai is one of the most exciting film cities in the world and it deserves a strong film festival. I hope everyone can offer their support to help keep the door open for a celebration of global cinema in Mumbai every year."

Roger Garcia, Executive Director, Hong Kong International Film Festival said, The Mumbai Film festival fills an important gap in the Indian Film Festival landscape. It brings the international perspective of films and filmmakers right into the heart of the bollywood industry adding to its cosmopolitan atmosphere of vibrant creativity. Mumbai Film Festival introduces the artistic side of Indian cinema to visitors like myself, while giving Indian movie-goers an essential menu of the best in contemporary films. It’s a loss would be felt not only in India but also around the world – an outcome that I hope we can all help prevent.

Dorothee Wenner, Film maker, Curator, & Programmer, Berlinale , DIFF said, “ It is wonderful to follow from far-away Berlin the kind of support MAMI gets these days: so many people actively fighting for a film festival with the proud tradition of celebrating cinema’s diversity is encouraging for cinephiles from around the world. Keep going!”

Witnessing the overwhelming support, festival director, Mr. Srinivasan Narayan said, “We are touched by the support that we have received from the fraternity. We would like to thank each and everyone who have contributed in their own way. The festival has now grown stronger than ever.”


To contribute, please visit www.mumbaifilmfest.org/pledge. To contribute via cheque, please write to director@mumbaifilmfest.com. The cheque will be collected by a festival representative. All donations to Mumbai Film Festival are covered under the 80G of the income tax act.
Posted by Films & TV World at 7:22 PM