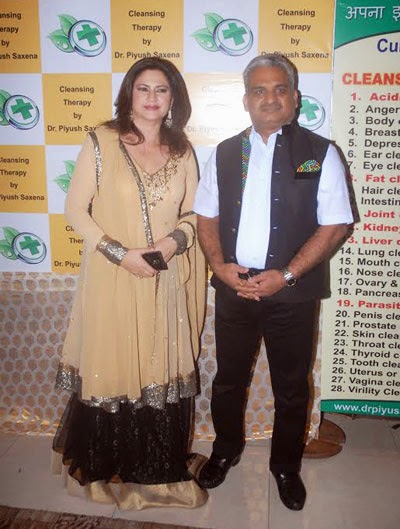 Keeping in mind the digital revolution unfolding in India, the producers of ‘Apna Ilaaj Apne Haath’ (AIAH) launched the show on social media on Friday. A 7-episode Talk Show on Cleansing Therapy propagated by Dr. Piyush Saxena 'Apna Ilaaj Apne Haath’ is anchored and produced by Kunickaa Sadanand. The show will first broadcast on YouTube and features some well-known celebs, such as Rajendra Gupta and Sambhavna Seth who have personally benefited from Cleansing Therapy and have willingly participated in it. The show also features people from the top echelons of judiciary, government and the corporate world.

A number of celebrities also took up the ‘Healthier-in-24-hours Challenge’ on the occasion in support of Dr. Piyush Saxena’s Cleansing Therapy, which aims at making the nation healthier. Once it finds sufficient traction, the Therapy can effectively bring down the overall health bill of the country.

Dr. Piyush Saxena is the proponent of Cleansing Therapy with easily available natural remedies. His work establishes that the root cause of all medical problems is pollution, as well as parasites that affect different organs of the body. He has deeply researched and consolidated information on ‘Cleansing Therapy’, which involves curing the body by cleansing various organs with simple remedies; and modified these to suit Indian requirements.

Speaking on the occasion, Dr. Piyush Saxena said: “‘Apna Ilaaj Apne Haath’ gives direct access to the especially conceptualized and researched Cleansing Therapy to millions of people – where and when it is convenient for them to make use of it.”

Producer of the Talk Show Kunickaa Sadanand said: “My goal is to create programs, which provide viewers with engaging, fun and informative content that impacts their everyday lives. Helping viewers reach toward their health goals has been an extremely fulfilling experience, especially as it affects the country’s overall health quotient in the process.” 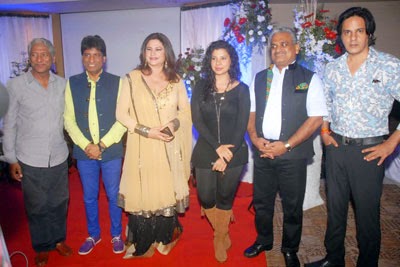 Cleansing Therapy is an alternative health restoration therapy propagated by Dr. Piyush Saxena after years of research and successful trials. It is based on the concept of cleaning up of toxins from various parts of the body using completely natural and commonplace products found in one’s kitchens or in the neighborhood shops. The amazing results experienced by beneficiaries are a testimony to the efficacy of the therapy, which is COMPLETELY safe. Some of these therapies give almost instant results and can transform the life of anyone using them.

“This talk show allows me to share the same passion I bring to my hundreds of patients with millions of viewers every day. We will empower the audience to live more fully, as they take control of their health...and their bodies,” added Dr. Saxena.

Dr. Piyush Saxena is a qualified naturopath and wellness counselor, besides working as a prominent leader in the corporate world. He holds a Ph.D. in Naturopathy (USA), apart from a Master’s degree in Reiki. He has authored three books; Cure Yourself (on Cleansing Therapy), Life of a Eunuch (on the secret life of India’s transgender community) and Everything Men Know About Women (a satire on human nature). He is also the founder of ‘Salvation of Oppressed Eunuchs’, a non-governmental organization fighting to uplift India’s down-trodden eunuch community. 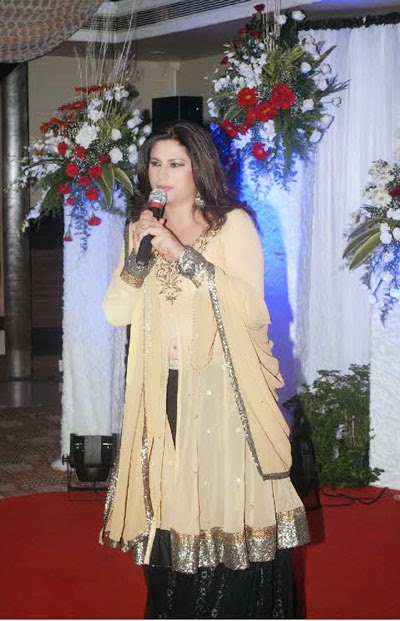 His body of work on Cleansing Therapies includes Acidity cleanse, Anger cleanse, Body odour cleanse, Breast cleanse, Depression cleanse, Ear cleanse, Eye cleanse, Fat cleanse, Hair cleanse, Intestine cleanse, Joint cleanse, Kidney cleanse, Liver cleanse, Lung cleanse, Mouth cleanse, Nose cleanse, Ovary & PCOS cleanse, Pancreas cleanse, Parasite cleanse, Penis cleanse, Prostate cleanse, Skin cleanse, Throat cleanse, Thyroid cleanse, Tooth cleanse, Uterus or Fertility cleanse, Vagina cleanse and Virility Cleanse. Dr Saxena has tried out almost all of these therapies on himself, his friends and his family members to test their efficacy before prescribing them to others. In more than a decade of his practice, he has not come across a single case of contra-indication in any of his thousands of patients. He DOES NOT CHARGE anything for his services or consultation.

To talk about Cleansing Therapy, it is an alternative healing and cleaning technique propagated by Dr Piyush Saxena after years of research and successful trials. It is based on the concept of cleaning up of toxins from various parts of the body using completely natural and commonplace products found in our kitchens or in the neighborhood shops. Cleansing Therapy does not claim to be a replacement for modern allopathic treatments and surgery, which are perhaps necessary in acute conditions and surgery.

To watch the Episodes on the cleansing practice, log on to YouTube: Cureyourselfchannel on http://goo.gl/98jN68
Posted by Films & TV World at 5:17 PM