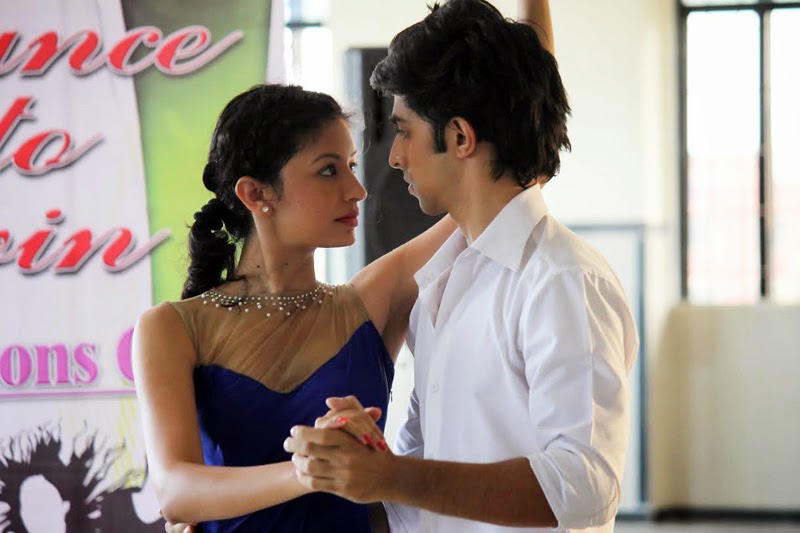 The talented actor, who is critically acclaimed for his debut performance in Bollywood opposite Poonam Pandey is all set to woo the small screen viewers once again with his comeback on Yeh Hai Aashiqui. The actor who portrayed the role of a teenager falling in love with his teacher on big screen will be recreating the plot once again on bindass’ cult show on Yeh Hai Aashiqui.

While speaking about his stint of doing a role similar to his Bollywood debut, Shivam says, “Funnily, when I read the story it was something similar that I had done before and this actually gave me a kind of comfort zone to play with the character. The only difference was that in Nasha I played a vulnerable, quiet kid and whereas here I’m playing a character with more confidence and outspoken attitude. It was interesting to see same journey being taken by a different kind of character.” Talking about his character Shivam says, “I’m portraying the role of a young lad Jeet, who joins classes for tango in order to learn something new. He meets Joyeeta – the dance instructor and is completely blow away by her, which actually leads to the beginning of a new journey that changes him.”

Shivam has worked with Yeh Hai Aashiqui team before and adds, “Well, I've  They usually do not repeat their lead cast for new episodes, but they called me back because they wanted a good dancer for this story. That is also the reason why I decided to give it a go, because I still haven't gotten a chance to showcase my dancing ability on the big and small screen.” When prodded if that means we will get to see him more on television, he quipped: “You will be seeing me on both, because I decide my work based on content, and not on pre-set biases. Films take much longer though, so you are likely to see me a little more often on TV I guess.”

Yeh Hai Aashiqui that chronicles unconventional love story will feature a story of a young and talented lad, Jeet falling in love with his beautiful dance teacher Joyeeta, who is shattered with her troubled marriage. But will Joyeeta give love a second chance in her life? Will this be start of a new love story? Or does destiny hold some other plans for the two?
Posted by Films & TV World at 2:00 PM