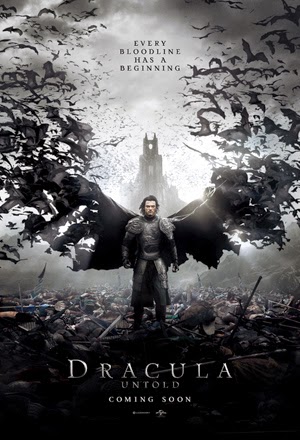 Universal Pictures India is all set to unleash its latest offering Dracula - Untold, this autumn. Starring the ‘Fast & Furious 6 star’ Luke Evans as the legendary sorcerer, vampire and Transylvanian nobleman, the movie takes audiences through the origin story of the man who became Dracula. The epic adventure tale will see a wide release across Indian cinemas and will be dubbed into Hindi, English, Tamil and Telugu.

Based on the novel ‘Dracula’ by Irish novelist Bram Stoker, the film portrays the origin story of its title character, Count Dracula. It goes on to weave vampire mythology with the true history of Prince Vlad the Impaler, depicting Dracula as a flawed hero in a tragic love story set in a dark age of magic and war. The movie stars Hollywood hunk Luke Evans of Fast and the Furious 6 fame, Dominic Cooper, the critically acclaimed star of movies like The Devil’s Double and Abraham Lincoln: Vampire Hunter and the beautiful Sarah Gadon in lead roles.