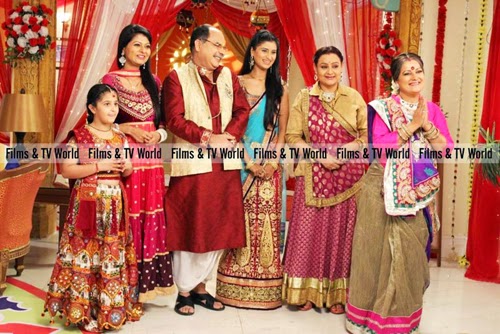 With the celebration of numerous festivals kicking-in in Mathura in a grand way, Big Magic’s Shaktishali family led by Naani-Saas, Himani Shivpuri is all set to bring her family closer to yours as they celebrate the authentic Navratri celebrations followed by an illustration of the iconinc Ramlila with traditional fervor in this blockbuster of an episode of Ajab Gajab Ghar Jamai on Thursday 25th September to Friday 3rd October at 9.30 pm on Big Magic.

On the occasion of Navratri the Shaktishali family will be shown revelling in the excitement over the celebrations. Making the celebration more entertaining, the fans will witness a Ramlila – a special performance by the family illustrated in their own unique style. With a whole lot of grander and a kaleidoscope of colours, decorations, traditional attires and jewellery, music and dancing will only add on the to this grand festivity. The ever lively and entertaining Naani-Saas will also impart knowledge on the importance of this exceptional week to her every-witty Jamai’s. The festival will be celebrated with great zeal.

Featuring some of the best in comedy and television entertainment, Ajab Gajab Ghar Jamai is a fresh, comic take on the generations of the unusual ‘Shaktishaali’ family. The one of a kind family comedy, Ghar Jamai has captured the audience’s imagination with its delightful storyline and stellar cast featuring Himani Shivpuri and Sumit Vats. Aired on Big Magic at 9.30pm, the show has received a lot of adulation from fans and critics alike. Over social media, there has been an outpouring of praise for the well-crafted script, the actors’ quick comic timing and their unique chemistry.

Don’t miss this festive Maha episode of Ajab Gajab Ghar Jamai at 9.30pm from Thursday 25th September to Friday 3rd October at 9.30 pm only on India’s one stop destination for Humour– Big Magic. Stay tuned.
Posted by Films & TV World at 9:54 AM