Mumbai’s most awaited festival nears the finishing mark as day six concluded at PVR Andheri and Cinemax Versova. Taking the screenings plus sessions format forward, the day reached a crescendo with some never seen before shades of global cinema. The message of world peace reached a wide range of audience who amassed to catch the cinematic extravaganza of 5th Jagran Film Festival that only became bigger and better with each passing day.

Day six at PVR Andheri was action packed and adorned with some rich, rare and sparkling gems of world cinema. From a Russian Lithuanian film to Thai movie, the overall showcase looked as impressive as the last five days. Director Ignas Jonynas’s Russian Lithuanian film ‘The Gambler’, a crime thriller and winner of Lithuanian National Film Award, marked its Indian premiere. By mid day, Samuli Valkama’s ‘No Thank you’, a Finnish-Swedish film spanning 95 minutes followed. Next in line was Imtiaz Ali’s coming of age drama ‘Highway’ that roared at the box-office this year. A rare screening followed thereafter, a Thai film ‘The Last Executioner’ directed by Tom Waller which is based on a true story of Thailand's last prison executioner. 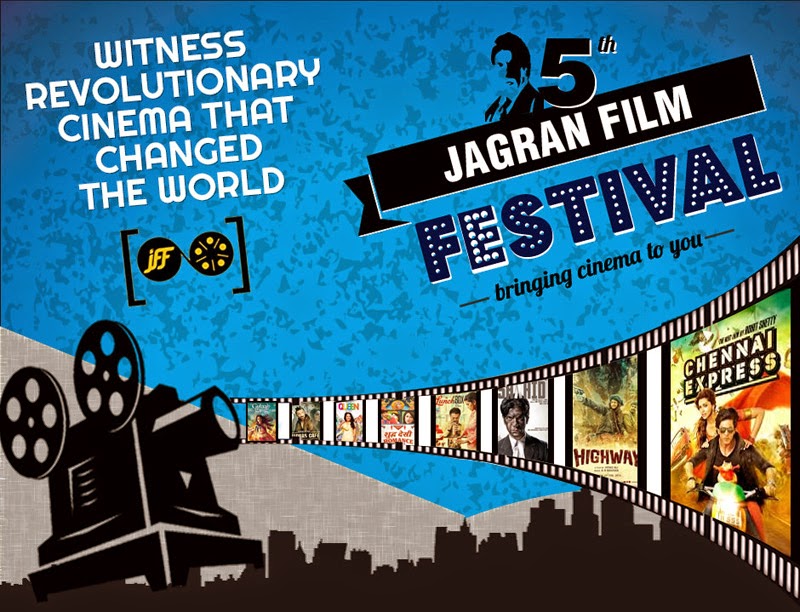 Like other days, some film enthusiasts especially walked in for the face to face interaction with film experts. Scripting As the sun began to set, it was time for a ‘Coffee Table’ chit chat with Tom Waller, Director, The Last Executioner and Actor Vithaya Pansringarm known for his portrayals in The Last Executioner, Ninja, The Hangover II among others, that let out some rarely known behind the camera anecdotes.

At Cinemax Versova, one of the screens repeated Day three’s lineup of ‘Block 12’, the film that featured as Cyprus focus followed by the Portuguese film ‘Beatriz’s War’ from director duo Luigi Acquisto and Bety Reis under cinema of the uprising segment. The day also unveiled within the same segment, ‘Age of Uprising: The Legend of Michael Kohlhaas’, a 125 minute French German drama directed by Arnaud des Pallières and based on real incidents from the 16th century horse dealer Hans Kohlhase’s life.

Besides the engrossing lineup across all screens on day six, a film that particularly stood out was Sanjay Puran Singh’s 2010 film ‘Lahore’ that paid the most deserved homage to the seasoned Indian actor Farooque Sheikh who untimely passed away early this year.
Posted by Films & TV World at 8:57 PM