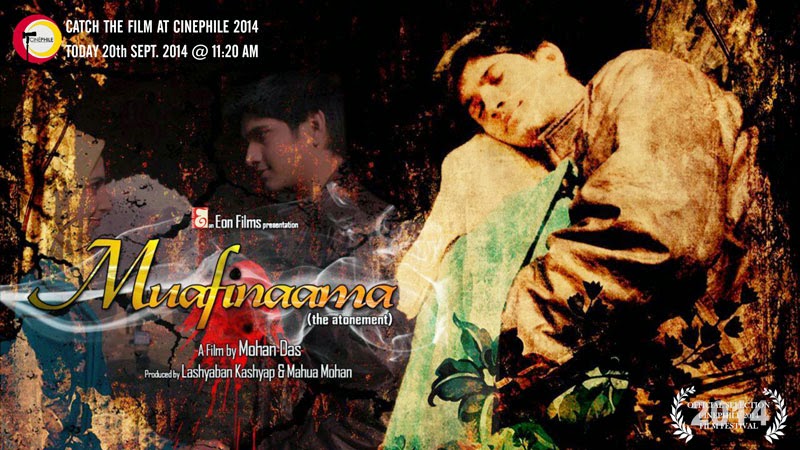 Last year, nearly half-a-dozen new born babies, mostly girls, were abandoned in Srinagar. Jammu and Kashmir also recorded a huge decline in sex ratio in 2011 census. The menace of girl abandonment is growing by the fold. With a message to end discriminations against the girl child, “Muafinaama” or ‘The Atonement’ will be premiering at the Cinephile 2014 at New Delhi at 11:20 am on 20th September 2014. Cinéphile 2014 is the First Annual International Film Festival of Vivekananda Institute of Professional Studies located at AU Block (Outer Ring Road), Pitampura, New Delhi 34.

The film, according to award winning director Mohan Das, is inspired by the numerous child abandonment cases in Kashmir last year. “It will try to portray the repentance of a man amidst various social and political uncertainties. It also looks at dilemmas and repentance of the protagonist after he fails to save the abandoned child,” Mohan Das told Films & TV World. "The film will be represented by one of the producers Lashyaban Kashyap at the festival, whose contribution to the film is immense," added Das.

However, he is also upset with the fact that the very paradise on earth Kashmir where he shot 'Muafinaama' well as his docu-feature 'Pragaash' is reeling under floods and the entire valley is devastated. He fervently appeals to all to generously donate for the flood victims.

Muafinaama is about a Kashmiri Pandit guy who falls in love with a Kashmiri Muslim girl and struggles to get her. The film also holds a parallel story line about the increasing menace of child abandonment. The film was shot entirely in Kashmir with local actors and has Umer Khan, Turfat-ul-Ain, Firdous Khan, Azaad Shah, Said Ishtaq and Jahan Zaib in pivotal roles as well as Sandesh Gour and Abhilash Panwar who are based out at Mumbai.