Maanglik : A Blessing or a Curse? 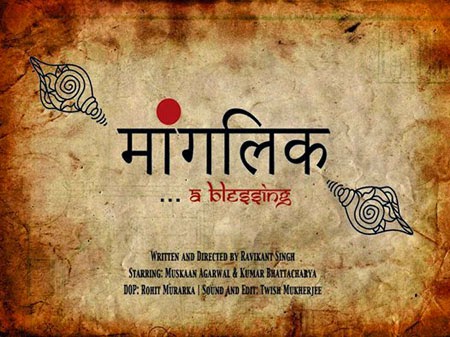 In Indian astrology, Mangal Dosha is an astrological combination that occurs if Mars (Mangal) is in the 1st, 2nd, 4th, 7th, 8th, or 12th house of the ascendant chart. A person born in the presence of this condition is termed a manglik. This Dosha is known to be a very big problem in married life and is astrologically believed to be unfavourable for marriages, causing discomfort and tension in relationship, leading to severe disharmony among the spouses and eventually to other bigger problems. This is attributed to the "fiery" nature of Mars, the planet of war. Also, if two mangliks marry, the negative effects are believed to cancel each other out. There is also a belief that the negative consequences for a single-manglik marriage can be resolved if the manglik first performs a ceremony called a kumbh vivah, in which the manglik "marries" a banana tree, a peepal tree, or a silver or gold idol of the Hindu God Vishnu.

Have we ever asked ourselves why we find things like this so fascinating? The reason, I suspect, is because down inside we feel uncertain and nervous about the future and think these things might help us and make our lives more comfortable and stress free. But does it really work that way? Today, I have with me Ravikant Singh - the director of the short film ‘Maanglik - A Blessing’ who will dwell a bit more on this subject. To tell a bit, this short film will be premiering at Cinephile 2014 at New Delhi this coming week.

Films & TV World: What is your short film “Maanglik – A Blessing” all about?
Ravikant Singh: Some people are termed 'Maanglik' based on some planetary positions. And in the event of something going amiss, they are blamed to be the reason behind it. Maanglik is the chance interaction of one such 'cursed' girl and a stranger one afternoon and how it changes their lives.

What made you choose such a story line?
I have heard people talk around this topic of mangal dosha and maanglik. And ironically this belief is prevalent even among the educated lot in Metropolitans. I wanted to tell a story underlining one fact that humane relationships are beyond any Mangal Dosha or Curse.

It might be either amongst the superstitious or the not so literate class. Right?
As I already mentioned that this belief is prevalent even among the educated lot in Metropolitans. If one can recall, a very eminent celeb few years back performed the ‘Kumbh Vivah’ (she married a peepal tree in Varanasi, a banana tree in Bangalore and to a God in Ayodhya) before the actual marriage. And hence to say that this exists only amongst the not so literate class can be put to rest. What one fails to understand is that Mars is not the only planet in Vedic Astrology that is supposed to affect relationships. Yeah, its true that it may not be that severe as in Mangal Doshaa. But I guess these effects should be seen in a broader perspective of overall astrological compatibility.

What message you want to give to your viewers through this film?
There are several myths that people have in their mind about being manglik. I suspect, the reason why we find this so fascinating is because down inside we feel uncertain and nervous about the future and think these things might actually construe a bad marriage later on in life. However, I believe, predictions like these about the future are almost never on target (or else they are too vague to really mean anything). Why build your life around them or just follow them blindly and meekly?

My only advise is - Don't be misled. Let me first clarify that being a manglik would not mean that your marriage life would be disturbed or your partner may die. A marriage between a Manglik and a Non Manglik can also work if both are aware of the facts and are prepared in advance to accommodate each other’s nature. A marriage can survive if there is mutual understanding, love and care between the couple and not otherwise.

What are your expectations from this film?
Of late, an increasing number of individuals are placing less emphasis on Manglik dosha, during the selection of a life partner, as evidenced from the data from online matrimony sites. However, there is still a pretty large following of people who give credence to Manglik Dosha. My aim is to make this film reach out to the maximum number of people possible. And even if it makes even one percent of them ponder that 'Maangliks' do not bring bad luck, I would be satisfied.

From a successful career in IT to Direction, why this sudden jump?
I have always been passionate about films and storytelling. So this jump was always on the cards. You can say, 'IT' was just a part of my journey to reaching my destination.

What next on the anvil? Any feature film on the go?
I have plans to make more short films on socially relevant subjects. Let’s see how it goes. The only issue with short films is that it does not generate revenue and is not commercially viable. However, to keep afloat, I am currently writing for a feature film that will hit the floors very soon.

Even I believe that whether something will be a blessing or a curse is the way we choose to see it. And if one is ready to accept and accommodate someone and ready to be with that person throughout one's life. there will be no problems. Else, in each and every marriage there are bound to be interpersonal struggles and conflicts. So the next time you face this difficulty of being a Maanglik, don't let yourself get tied up in knots. Take a deep breath and relax. You have nothing to worry about. That difficulty is nothing more than a signal that a blessing is on its way. And as you start looking for the blessing, everything else will fade away.