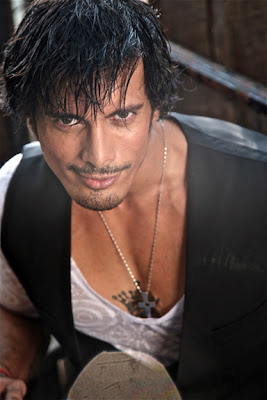 Akashdeep Sehgal aka Sky Walkr has entered the Bigg Boss House todayu. The television actor, whose claim to fame is the role of Ansh in Kyunki Saas Bhi Kabhi Bahu Thi, claims that the name change has changed his career and personality for the better. Thanks to his numerologist, Akashdeep, who was last seen on television 4 years back, is all set to make a comeback with Bigg Boss 5. In fact, even in his personal life, his non-television career seems to be taking off and Sky Walkr seems to be soaring to new heights.
Being the third new entrant in the Bigg Boss 5 house does not deter him either. In fact, the actor believes that three is his lucky number and hence, being the third entrant is only going to work in his favour. The actor reiterates the fact that his new name has brought a sense of maturity that has changes his life. He is ready to face television now, in a brand new avatar, which his fans are going to be surprised to see, but still find very endearing. Akashdeep highlights that he has a no-nonsense personality and anyone crossing his path should be ready to face some trouble. The very single actor also mentioned that the sleeping arrangement in the house doesn’t bother him and he is going to use it as an opportunity to mingle with the ladies and get to know them better.
The one thing that Akashdeep is hoping will help him gel with his fellow contestants is his cooking skills. He promises to be himself and feed the contestants some delectable dishes to win their hearts and favours! Seems like Akashdeep is all set to show the world his goody-two-shoes side! But will the contestants enjoy this twist in the game as much as his food?
Posted by Films & TV World at 10:43 PM