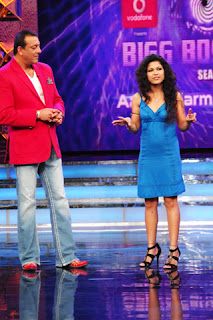 Though Navjot Singh Sidhu is nowhere in sight, Television’s one-time favourite son, Amar Upadhyay, whose claim to fame is the role of Mihir Virani from popular serial, Kyunki Saas Bhi Kabhi Bahu Thi, will be seen entering the Bigg Boss 5 house. While the house has seen 13 female contestants and only 1 male contestant in the first week, the entry of one more male contestant will definitely create some enthusiasm among the ladies and insecurity in sole-male Shakti’s mind.
Meanwhile, the youngest housemate Nihita Biswas is the first one to be out of the house who kept each one in the house entertained Well, what does it take to survive in the Bigg Boss house?  One wonders. Nihita who made an appealing entry into Bigg Boss this season is the young wife of the controversial Charles Sobhraj aka the bikini killer. Her entry in the Bigg Boss 5 house was picked on by everyone for marrying a criminal. However, Nihita always defended her husband’s crimes and was busy explaining to the housemates how innocent he is. 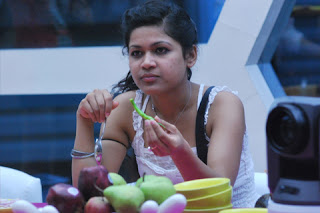 Nihita got along well with the Afghan beauty Vida and were each others’ support. She helped Shraddha and Gulabo in washing utensils. Nihita also had a small tiff with Shraddha on her participation in the household chores and task. But with the intervention of other housemates the argument was put to an end and the two got along well.
Nihita’s elimination will be showcased today on Bigg Boss 5 tonight at 10.00pm only on COLORS 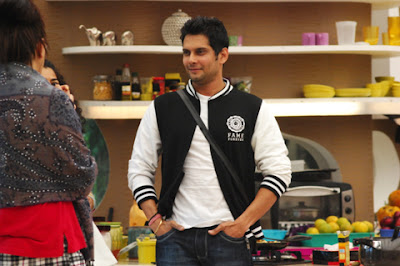 Tomorrow, we will be seeing Amar Upadhyay entering the Bigg Boss House. On entering the house, a confident Amar said, “I decided to take up Bigg Boss 5 only to challenge myself because I am a very restless person and love parties, fast cars and long drives. The ladies in the house have only dealt with Shakti Kapoor so far, who I believe is an uncle. A real man is finally entering the house. Women don’t want to see Shakti Kapoor on screen – they want to see young blood like me. If audiences are expecting to see the Mihir side of me, they are going to be in for a shock. I am going to be myself, which is a far cry from what Mihir was!” 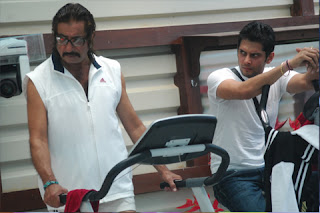 At the peak of his career, Amar quit Kyunki Saas Bhi Kabhi Bahu Thi to make a career in Bollywood, but so far he has not been very successful. At various instances, he returned back to television for a short stint, but he has never shown deep interest in reviving his television career. Having been in the television industry for over 10 years, Amar shares a rapport with Juhi Parmar. However, most of the contestants are relatively unknown to him.
Amar Upadhyay is the first new entrant in Bigg Boss 5 and is bound to ruffle some feathers inside the house. Will Amar be accepted or treated like an outcast? To find out, tune to Vodafone presents Bigg Boss 5 on Monday, October 10 at 10.30pm - Only on COLORS.
Posted by Films & TV World at 2:55 PM