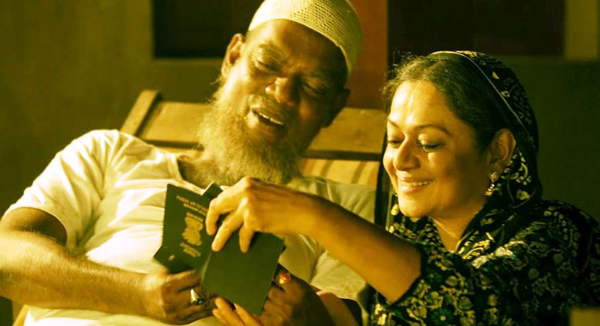 Adaminte Makan Abu, directed by debutant filmmaker Salim Ahamed, has been chosen as India’s official entry to the 84th Academy Awards. The film is a simple tale of an old Muslim couple’s efforts to go on Hajj - this was chosen from among 16 Indian films, including six Hindi and five Tamil films, by a 14-member jury of the Film Federation of India. 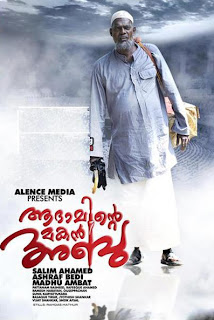 Certain nominated films lost out as they seemed to be inspired by Hollywood films and no prizes go for guessing that couldn’t make it. The ones on the list were Guzaarish, No One Killed Jessica, 7 Khoon Maaf, Chillar Party, Dhobi Ghat and I am Kalam in Hindi, Deiva Thirumagal, Muran, Aadukalam, Ko and Endhiran in Tamil, Moner Manush in Bengali, Urumi in Malayalam, Alla Modalaindi in Telugu and Mala Aai Vhhaychy in Marathi.Urumi, No One Killed Jessica and Adaminte Makan Abu were in the final shortlist.
Adaminte Makan Abu (Abu, Son of Adam) is a 2011 Malayalam family drama film written, directed and co-produced by first-time filmmaker Salim Ahamed, starring Salim Kumar and Zarina Wahab. Notable smaller roles are filled by Mukesh, Nedumudi Venu, Kalabhavan Mani, and Suraj Venjarammoodu. Cinematography was by Madhu Ambat, and the film edited by Vijay Shankar. The film features songs composed by Ramesh Narayan, and the score is by Isaac Thomas Kottukapally.

The film tells the story of a poor attar (a kind of perfume) seller Abu (Salim Kumar) whose only remaining wish in life is the Hajj pilgrimage, which he strives hard to fulfill, and at the verge of the fulfillment, he opts out when he fears that the means is not fully legitimate. Development on the film began roughly a decade before the film was released. The film was shot digitally over one month beginning on 7 November 2010. Thrissur and Kozhikode in Kerala, India were the major filming locales. 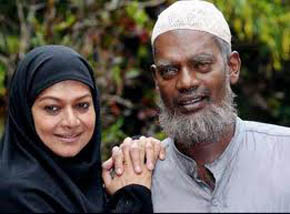 Talking about Adaminte Makan Abu that marks the directorial debut of Salim Ahamed, he says that he had entertained the film's story in his mind for many years. Upon graduating from college in early 2000s, he dreamt of joining the film industry but found it hard to break into and ended up a travel consultant. It was the stories he heard and the people he met during this time that sowed the seeds for Adaminte Makan Abu. “I had written three scripts but decided to film Adaminte Makan Abu as a number of people liked the story line,” said Salim. Also he wanted his first film to be impressive, so he decided to take the risk of filming with a serious theme when he secured Salim Kumar in the lead, although the latter did not have the glamour of a conventional hero. "I was confident that the final result would be worth the risk," he said. 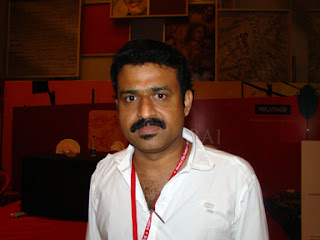 Distributed by Laughing Villa, a distribution company owned by Salim Kumar, and Allens Media, Adaminte Makan Abu released in theatres on 24 June 2011. It received wide critical acclaim, with numerous praises for its story, direction, cast, cinematography, and score. It received honours for its music, cinematography and writing, as well as for Salim Kumar's performance. At the 58th National Film Awards, the 2010 awards for the best in Indian cinema, it earned four major national awards: for Best Film, Best Actor (Kumar), Best Cinematography and Best Background Score. It performed similarly at the Kerala State Film Awards, where it won the awards for Best Film, Best Actor, Best Screenplay and Best Background Music. The film has been chosen as India's official entry to be considered for nomination in the Best Foreign Film category for the 84th Academy Awards.
Posted by Films & TV World at 4:08 PM