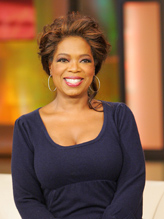 This episode of Oprah Winfrey Show, on Wednesday, October 12, at 8.00pm, Oprah’s gets Marie Osmond, show business’ legend, in her first interview, since the tragic death of her son Michael, and talk about the tragic loss and her last conversation with him. On February 26, 2010, Marie Osmond was performing with her older brother Donny as a part of their popular Vegas variety act when she got a call from her 18-year-old son, Michael."I was just running out as my phone rang, and I couldn't get to it," she says.
Marie finished her performance, and shortly after, she tried to call her son back - but he didn't pick up. That night, Marie says intuition told her something was wrong. Asleep in her hotel room after an exhausting day, Marie awoke in the middle of the night to a phone call .I knew," Marie says. "It was Mike."
Michael was the fourth-oldest child among Marie's eight children. To his mother and siblings, he was known as the fun one with a great sense of humor. Marie calls him chivalrous, loving and respectful."He was so fun and cute and a darling. It wasn't until my son started using drugs that I saw him change."
Michael first started to abuse drugs when he was just 12 years old. He was in and out of rehab before he got clean. However, according to the toxicology report, Michael was not under the influence of any drugs when he jumped to his death from his eighth-floor apartment. "There were no drugs in his system," Marie says. "But I believe the ramifications of them were there, and that was the hard part."
The day before his death, Michael spoke with his mom about how he was feeling lonely and isolated. "It was the first time I heard him start to cry and say he was alone," Marie says. "That he had no friends. That he felt despair."Concerned, Marie tried to help Michael from afar. "I told him: "Mike, I'm going to be there Monday, and it's going to be okay,'" she says.”But depression doesn't wait till Monday…he jumped from their 8th floor apartment & committed suicide…”
In this first emotional interview Marie speaks about her heartbreaking loss of her cheerful & fun loving son Michael and clears some unwanted rumors about her son’s death. Stay tuned to Oprah Winfrey Show, on Wednesday, October 12th, at 8.00 pm only on BIG CBS LOVE.
Posted by Films & TV World at 10:56 AM