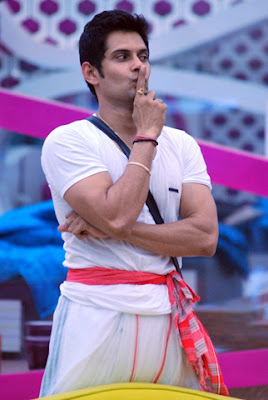 Day 19: Taking his role as a kid very seriously, Sidharth starts the day by ordering ‘mother’ Mahek around. He asks her to bring him his cap and feed him. When Mahek tells him to get his cap himself, Sidharth turns around and announces to people in the house that his ‘mom’ is very short-tempered. This irritates Mahek, who bites her tongue and keeps herself from reacting to his statements. However, when Sidharth repeatedly calls her short-tempered and tries to order her around even more, Mahek finally loses her cool. She picks on everything that Sidharth has done to irritate her during his stay in the house, and asks him to stay away from her.
Amar, having failed the secret task assigned to him, was given his punishment by Bigg Boss. Amar has been assigned to be a personal slave to fellow male contestants, Sidharth and Shakti, till further intimation. Amar seemed to be peeved at the idea of playing this role, especially because the duo has renamed him PK Lele for the duration of this punishment. Sidharth and Shakti, later discuss with the other housemates, about Amar’s attempt to get them to change their minds about the captain nominations and how they didn’t pay much heed to his requests at that time.
Pooja Misrra tries to have a regular conversation with Vida, but due to the prior notions that have been formed in the contestants’ minds about her behaviour, Vida chooses to disregard her opinions and statements. Vida then goes on to tell Pooja Misrra that she would prefer to not talk to her because she does not like Pooja’s attitude. Pooja Misrra, unable to understand this issue, tries to argue with Vida and understand her point of view, but soon gives up and agrees to keep interaction with her to a minimum. 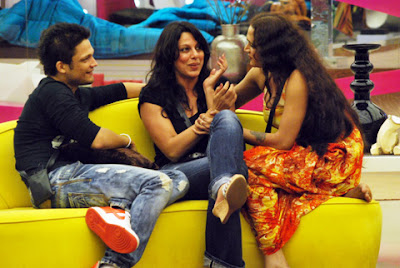 Frustrated with the way Shakti and Sidharth are treating him, Amar informs Lakshmi that he is biding his time and will take revenge when the time is right. In fact, they even make Amar dance to Shakti’s song Tunna Tunna to agitate him, but are unsuccessful at it because Amar takes it light-heartedly. At the end of the day, it is announced that the contestants have successfully completed their weekly task and were rewarded 1800 points to manage their weekly luxury budget.
After dinner, a special Vodafone Facebook task is given to the contestants. The contestants live the life-sized version of the most popular functions of Facebook. The task was carried out in four stages and the winners of each task were given special prizes. While the contestants were enjoying the task at its onset, eventually the task saw an emotional outburst by Sidharth who revealed to his fellow contestants the details of his personal life including his estrangement from him family. He added that though he is proud of the progress he has made in his life, he still misses his family. Hearing his pain-filled life story, every member in the Bigg Boss house had tears in their eyes and provided him with some much-needed support.
Posted by Films & TV World at 9:09 PM